If you were driving before 1996, you drove under the regime of the 55 MPH National Maximum Speed Limit, an idiotic – and oppressive – measure imposed on the country for almost 20 years, from 1974 to 1995 when it was finally repealed.

During those long years, people were hassled by armed government workers and hectored by virtue-signalers and signage for doing what had been both lawful and – if not virtuous – at least innocuous prior to the imposition of what amounted to a Face Diaper decree for vehicles.

It was based on similar hysterical assertions – speed kills! – and great effort was spent guilt-tripping those who ignored the signs.

Face Diapering is urged – and enforced – similarly. There are signs everywhere – and many people pretend to believe them. They Diaper  . . .when they have to. Just as drivers didn’t drive faster than 55  . . . when they had to.

But as soon as the coast is clear – or they get through the door – the pedal goes down – and the Diaper comes off.

Sometimes, they only come on when on camera – in the case of Gesundheitsfuhrers such as Pennsylvania’s Tom Wolf, who was caught deriding the Diaper as “political theater” the other day.

Of a piece with Gesundheitsfuhrer Fauci’s statement a few months ago about the gesund-irrelevance of Face Diapers.

There are other similarities, including the ubiquity of propaganda and social censuring of those who dissent from the orthodoxy. It wasn’t nearly as extreme during the NMSL era but the religious overtones are very similar. 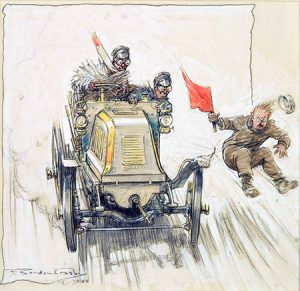 It was an article of faith that “speed kills” – a formulation as simplistic and generally indicting as the assertion that the wearing of a porous rag “stops the spread” of a virus and “protects the community.”

In fact it is usually loss of control that kills – when it comes to cars – -and that can happen at practically any speed.

It’s true, of course, that the faster you’re moving the less time you have to stop – but that does not necessarily correlate with loss of control.

If it did, airplanes would be killing people on the hour instead of once in a blue moon.

Glaucomic Granny at 45 is more likely to lose control than Eagle Eyed Dan at 70. But it didn’t manner, during the NMSL era, that Dan was eagle-eyed and in full control of his car; that no one was killed.

He was “speeding” – and that was considered effectively the same thing.

It became a mantra of sorts – just the right religious word – that “speed kills.”

Arbitrarily so, like the not-eating of meat on Sundays or the wearing of a veil.

Like the mantra about Diapering. Which the believers urge to “stop the spread” of a sickness most of us haven’t got and which we probably won’t get and even if we do, isn’t likely to kill 99.6-plus percent of us.

Driving 55 was more likely to kill you . . . of boredom. There was never any evidence that driving faster was “unsafe” – anymore than there is evidence that a porous old rag prevents granny from dying.

Rational examination of the assertions makes no impression on the faithful because they are beyond the reach of reason.

Just wear a mask. The acceptable form thereof defined by the believers. Who believe that a literal Face Diaper  – it qualifies as a “mask” – wards off viruses.

These believers do not insist on Face Goggles or actually effective respirators, which are only effective as regards preventing the transmission of a virus if the wearer thereof has a virus.

The assumption is that he does.

Just as during the NMSL era is was assumed that anyone driving faster than 55 “put lives at risk” – and was subject to punishment – on the basis of an assertion that couldn’t be disproved. How do establish that you haven’t “put lives at risk” by driving 65 rather than 55? 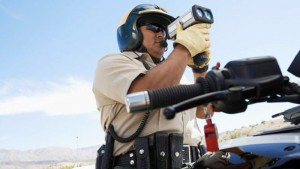 It’s possible. You might have. Just as it’s possible you might be sick. There might be aliens, too. It is possible that the Queen of England is a shape-shifting reptile.

It is beautifully, wonderfully hypothetical and catch-all.

The entire country was subjected to a regime of speed trapping and multi-tiered (courts, insurance companies) shaking down.

Hundreds of millions of people forced – by threats of repercussions – to play Highway Kabuki as well as Roadside Kabuki when caught not genuflecting before the roadside totems. 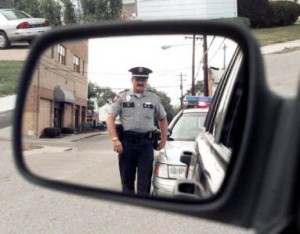 Drivers were expected to pretend that “speed kills” by apologizing for transgressing the tenet – both to the roadside priest and the robed priest, later on.

These latter pretended also – in the main. There were some Torquemada types who actually did believe but the majority played their part in the manner of a cynical and bored Pontifex Maximus of ancient Rome.

It was formulaic – though no less serious for being so.

You were forced to pay obeisance. And forced to actually pay, if you disobeyed.

But as time wore on, the regime became wearying. Cynicism waxed; most people understood it was rigmarole and didn’t feel bad about “speeding.” They went through the motions of obeying, with a wink and nod  . . . and a flash of the high beams to warn other drivers about the radar trap ahead.

It ought to, because the 55 MPH speed limit and Face Diapering are both fundamentally the same things – which is to say, cons imposed using false assertions about harms not caused to guilt trip people into obedience.

Both are also compliance rituals, meant to show what they can make us do.

No matter how idiotic.

Like driving 20 MPH slower than the speed for which the highways were designed – and which speeds were lawful prior to a decree that made them unlawful, just like that.

Like showing your face, which was perfectly normal until it became – well, not exactly unlawful, since they no longer go to the trouble of passing laws (which takes more effort).

But it doesn’t mean people believe.

Not all of them. Perhaps more of them than it looks like.

If they did believe, you wouldn’t see so many Diapered lowering their Diapers  to expose their noses or wearing just long enough to get through the door and  – on their way out – throwing them on the ground like used condoms.

If they really did believe, they’d dare not go outside without real “PPE.” The fact that almost none do is cause for hope.

Unless they really are that stupid.

In which case, there is very little to be hopeful about.