Ford only sells one sedan – the 2020 Fusion – and this may be your last chance to buy one. It’s going to be replaced by another crossover SUV called the Fusion Active, perhaps as soon as the 2021 model year.

Since that’s only about two calendar months from now, you might want to have a look at this sedan  . . . while you still can.

The Fusion is a mid-sized family sedan similar to the dwindling number of others in the segment, including the Toyota Camry and Honda Accord. 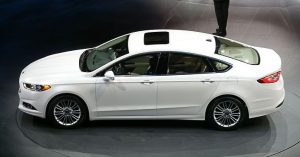 Their ranks are dwindling because their sales have been falling as sales of crossover SUVs have been rising. People have been buying crossovers rather than sedans chiefly because they give more room for the dollar, as well as versatility – primarily because the layout is defined by a cargo area that isn’t separated from the passenger area by a sheet of steel with a tiny “pass through” to a separate trunk, as in a sedan.

The open floor plan configuration of the crossover plus the usual availability of all-wheel-drive  and more ground clearance seals the deal.

Or rather, has sealed the sedan’s fate.

But the Fusion still has a few crossover-ish things going for it, without actually being a crossover – such as being available with AWD, which most of the others in the segment don’t offer. It is also available with your pick of not just one or even two but three different engines – something very few crossovers offer.

That plus not being so high off the ground – as most crossovers are – may be a more desirable attribute for some than having an open floor plan passenger/cargo compartment. 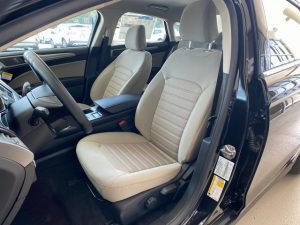 Prices start at $23,170 for the S trim which comes standard with a 2.5 liter engine, no turbo and front-wheel-drive.

The luxury-themed SEL ($28,690) comes standard with the 1.5 liter engine and FWD – as well as an 11-speaker premium sound systems and Ford’s Co-Pilot 360 suite of driver-assistance tech. 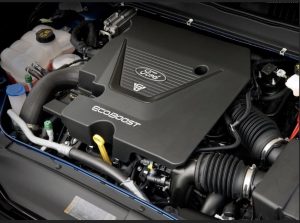 A top-of-the-line Titanium comes standard with the 2.0 liter engine and FWD and even more premium 12-speaker sound system. AWD can be added, bumping the sticker to $36,450.

The Fusion’s formerly available fourth engine – the V6 you used to be able to get – no longer is. Retired along with it is the Sport trim.

Otherwise, what is likely the last Fusion sedan carries over more unchanged from last year.

An option for the buyer who doesn’t want to own a crossover.

AWD option – which is harder to find in a sedan.

Trunk can only hold about a third as much stuff as same-sized crossover’s cargo are.

Declining popularity of sedans will probably mean lower resale/trade-in value when the time comes to swap. 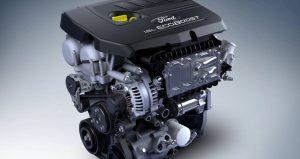 The last of the Fusions is a four-cylinder-only deal, but you do get your pick of three different fours – and the option to skip the turbo.

The standard 2.5 liter four isn’t boosted, which conservative buyers may like because this option eliminates any chance of ever having to spend money on a new turbo at some point down the road. It makes 173 hp and is paired with a six-speed automatic, another conservative aspect of this combo vs. the more “up to date” eight and ten-speed transmissions now common in cars generally.

Having all those additional gears isn’t necessarily good. They have been added to eke out a slight (2-3) MPG uptick vs. the same package with two or three fewer gears – at the cost of a more elaborate and failure-prone package, for just that reason. It is an engineering maxim that the more complex a thing is, the greater the odds of that thing coming undone at some point. 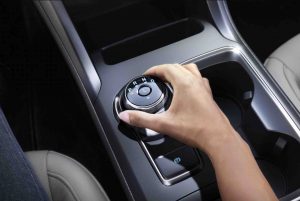 The other thing about the Fusion’s transmission is that it isn’t a CVT (continuously variable) transmission, the other “up to date” type of transmission becoming common in cars generally. CVTs have no gears at all. Just forward – the RPMs climbing as speed increases, then falling off as you back off the gas. They are also more fuel efficient, which is why they’re being resorted to by car manufacturers as a way to keep up with federal fuel economy edicts. But they have a sketchier track record for long-term durability and some people just don’t like the way they feel – or rather than absence of the feel of a transmission shifting through the gears as opposed to the soupier forward-thrust feel of the CVT.

The Fusion’s next-up 1.5 liter engine is turbocharged – but one wonders what the point is because this engine only makes a little more power t(181 hp) than the 2.5 liter engine and isn’t significantly more economical (more below). 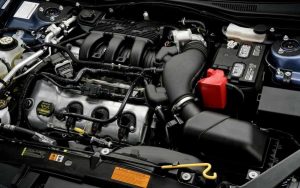 It’s also only sold with FWD – and is paired with the six-speed automatic.

If you want power to go with the turbo, the Fusion’s top-of-the-line 2.0 liter engine cuts the mustard. It makes 240 horsepower. You can channel that through the front wheels or all four, as you prefer.

This engine is also paired with six-speed automatic.

Interestingly, there is not much gas mileage difference between any of these combinations – horsepower or FWD or AWD notwithstanding.

The strongest-of-the-bunch 2.0 liter four rates the same 21 city/31 as the base 2.5 liter four with FWD and negligibly less – 20 city/29 highway in AWD configuration.

The big difference is acceleration, depending on the engine.

You’d assume – because it’s expected – that the least-quick Fusion would be the standard-engined Fusion. In fact, the 2.5 liter equipped Fusion is just slightly quicker to 60 than the Fusion equipped with the step-up 1.5 liter engine. The base car can get to 60 in just under 9 seconds while the 1.5-equipped gets there in just over nine. Both times are on the sluggish side for the class (a base four cylinder Camry gets to 60 in about 7 seconds) but the real problem – for the optional 1.5 engine – is that there’s little if any fuel efficiency payoff.

You pay more to go slower, too.

Luckily – for the Fusion – you can get what’s lacking power-wise with the optional 2.0 engine – without losing much in the way of gas mileage. 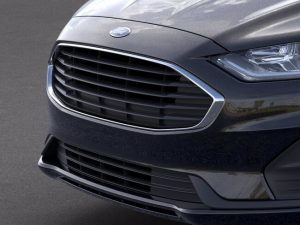 But it’s shame the previously available 2.7 liter V6 has been benched. It made horsepower –  all 325 of them, more than anything else in the segment, including the Camry’s still-optional 3.5 liter (301 hp) V6. And its gas mileage – 17 city/26 highway – was only about 3 MPG less than the now-top-dog 2.0 liter four’s, while delivering almost 100 more horses and one of the quickest 0-60 timeslips (5.2 seconds) in the class.

Sic gloria transit mundi – and thank Uncle for the trouble. That 3 MPG deficit is a big one when you’re trying to “comply” – say it like Seven of Nine, the Borg chick from Star Trek – with federal fuel economy edicts. These trump what buyers want. It’s why they have fewer choices as regards engines – and transmissions, too.

Regardless of what’s powering the Fusion you end up with, you’ll see it does one thing a crossover can’t – which is handle like a car. Being lower to the ground – and not as tall – is an inherent advantage stability-wise , even if the modest ground clearance (6.4 inches) is something of a disadvantage in the snow, even if you opt for the available AWD. 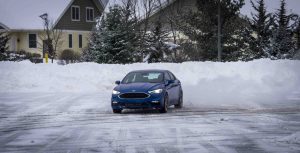 However, don’t believe you must buy a crossover in order to be able to drive in the snow. This is marketing designed to sell you something whose virtues are overstated. Unless we are talking about deep snow – where ground clearance is a factor – a good set of snow tires on an AWD car or for that matter a FWD car will get you through most weather just as well and without the inherently tipsier tendencies in curves that comes with being higher off the ground.

The other thing about the sedan layout that’s a plus is the superior rearward and to-the-sides visibility. Many crossovers suffer from rearward tunnel vision due to the smallish and sloped rear glass as well as rear-three-quarter blind spots because of the chunky “C” pillars aft of the rear doors.

It’s easier to see where you’re going in the Fusion – as well as what’s in your orbit. 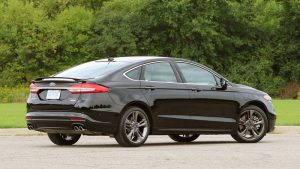 The Fusion is a mid-sized car in terms of its length – 191.8 inches bumper to bumper – but it boasts a first row that’s got several inches more legroom for the driver and front seat passenger (44.1 inches) than a six-figure and full-size Mercedes S-Class (41.4 inches), BMW 7 Series (41.4 inches or Lexus LS500 (41 inches).

It’s also got 38.3 inches of rearseat legroom, though this is a bit less than the most-roomiest (in the price range) Honda Accord, which has 40.4 inches of legroom back there as well as the largest in class (16.7 cubic foot) trunk. 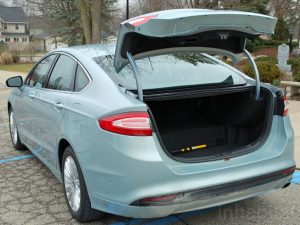 The problem is it’s small vs. the cargo space in a same-sized crossover (as an example, the Toyota RAV4, which is basically a jacked-up Camry, has 37.5 cubic feet of cargo space behind its third row) and the smallness is magnified by the separation from the rest of the passenger compartment. There’s a pass through, but it’s not the same as being able to fold down the back seats completely and open up all that space (with its rear seats down, the RAV4’s total cargo capacity opens up to 69.8 cubic feet). And the trunk’s lid – as opposed to the crossover’s liftgate – limits what will fit inside and allow you to close the lid.

Oddly, the Fusion looks like a hatchback. And – arguably – making it actually a hatchback might have bridged the gap by opening up the available space for stuff.

There are, however, still some upside to having a trunk – including the ability to close it. More precisely, to hide what’s in it. With the lid down, the trunk is both visually and mechanically secure in a way that a crossover’s cargo area isn’t. Your stuff can be seen even with the liftgate closed – and it’s easier to steal because all the thief has to do is smash the glass. 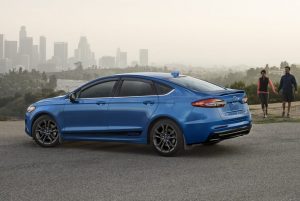 The base S trim is something of a Blue Light Special – for those who remember K-mart – in that it comes with a four-speaker stereo and 16-inch steel (not aluminum) wheels. The crappy stereo’s a downer but the steel wheels are actually a plus in that hey are inherently stronger than aluminum and so less likely to be damaged by potholes and curb rubs. Tires for 16-inch wheels are also lower cost and the ride ought to be better because there’s more sidewall give.

Odds are you’ll be able to score a very good deal on the last of Ford’s sedans – as Ford dealers make way for the Fusion’s soon-to-be-here replacement. But you may not get a good deal when it comes time to trade in your sedan – if the market hasn’t changed its mind about sedans by then.

If the last thing you want is another crossover, this could be your last chance to buy something that isn’t.