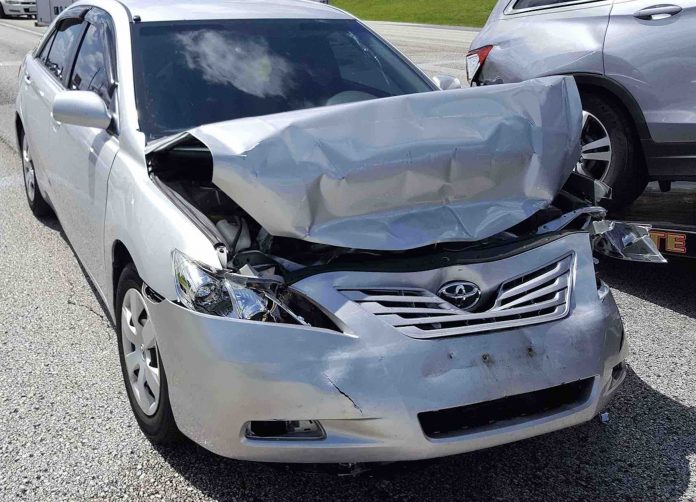 A 1985 Chrysler K-car sedan weighed about 2,300 lbs. Something new about the same size like a Mazda3 sedan or a Honda Civic weighs about 700 pounds more. Even a car like the Mazda Miata – a minimalist two-seater roadster and one of the lightest new cars there is – weighs almost 2,800 lbs., several hundred pounds more than similar cars once weighed.

This weight gain – which has happened across the board, affecting every type of car – is no great secret. Almost everyone who knows anything about cars knows modern cars are the heaviest cars ever made.

They also know why. 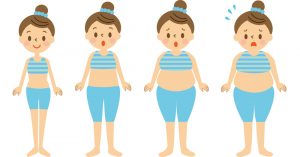 Cars – all of them – have gained weight over the past 40 years because it is over the past 40 years that Uncle has been serially porking them up via a steady diet of regulations pertaining to the impact forces they must be able to absorb without transmitting them to the people within – and via regulations requiring them to have such things as half a dozen air bags, which can’t just be screwed into the dashboard and door panels but require wholesale redesign of not just the dashboard (and doors) but all of the underlying structure as well.

This requires more structure – and more steel – which isn’t light. This is the main reason why the average 2021 car – or truck or crossover – is, literally, a heavyweight. 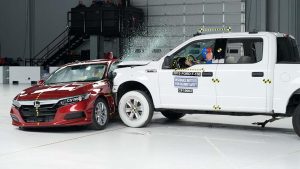 It is also why it is a glass-jawed heavyweight.

Almost all of the structure is under-the-skin. Which skin is now almost paper-thin, including the metal – if it’s even still made of metal at all.

About a third of exterior skin of the typical new vehicle is made of plastic. The entirety of the front and rear ends, in most case. All of it. Not just the grill. Even the headlights are made of plastic.

In order to shed weight.

Or rather, to counterbalance for the weight that went into the car. In order to keep the car from becoming a super-heavyweight. 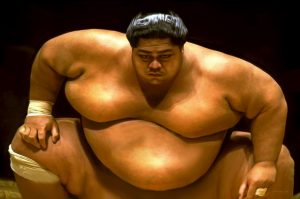 This is why the metal used for exterior body panels such as the hood, fenders and so on is now barely thick enough to not be see-through. That’s an exaggeration, but only slightly. In many cases, the fenders and hoods aren’t even made of steel at all. Aluminum that you can ripple practically by blowing on it is used instead.

All of it is purely cosmetic – in the manner of a cloth over a table. If you hit anything – or if anything hits you, like a deer – you’ll be fine but the car will be badly hurt. 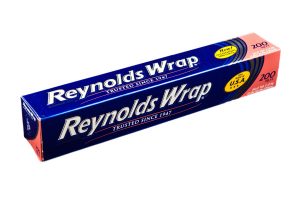 As an example, I am test driving the just-redesigned 2021 Ford F-150 this week. This truck hasn’t got external metal bumpers. It has a front clip made entirely of plastic and a body made entirely of aluminum. If a deer hit the truck, it would be very bad for the truck.

Well, bad for the owner of this truck’s wallet.

A grown buck struck at 45 MPH would probably take out the entire – and entirely cosmetic – front clip, hood and fenders. The repair bill could easily exceed $10,000. In ten years, when this truck has depreciated in value to not much more than $10,000 – such a hit could total this truck. 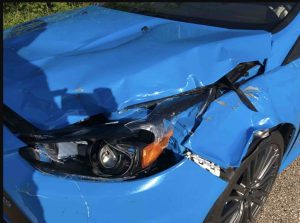 This potential cost is reflected in actual insurance premium costs, as insurers know very well how much it costs to repair “safe” modern vehicles.

And make you pay for it.

Nothing Uncle ever does is free.

PS: In spite of its entirely aluminum (and plastic) body, the 2021 F-150 weighs about the same as an all-steel 1970 F-truck. Its flimsier exterior makes up for its tougher interior.

In the Unsafe Days when cars weighed a great deal less they were made of steel thick enough that it took hitting something to bend them. You could not bend them by hand. Even a tiny car like the old VW Beetle had external metal bumpers protecting its front end. It was capable of absorbing minor impacts without incurring major costs. The metal used for fenders and doors had much more structural integrity, too.

An old Beetle would perform very poorly if subjected to modern crash-testing but performed better in terms of resisting expensive cosmetic damage in real-world crash testing. 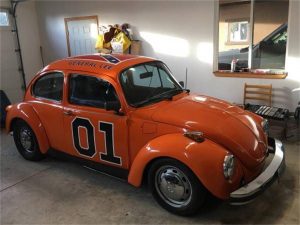 It and other cars of the past were lighter – and tougher – in terms of their exteriors. You had to really hit something to total one.

Modern cars are so flimsy on the outside that they probably shouldn’t be taken outside at all. They are the automotive equivalent of people afflicted with hemophilia. The slightest bump can incur major – and financially fatal – damage.

It’s true that in a major bump the modern car is much more likely to keep you from being damaged. But you pay for that, even if you never get majorly bumped.

Once-upon-a-time, we were free to weigh the pros and cons – and decide for ourselves – whether a theoretically “safer” (for us, if we crashed) car was worth the weight – and the cost – versus a sturdier and lighter car that cost us less.

Maybe one day we’ll be free to weight those pros and cons again.