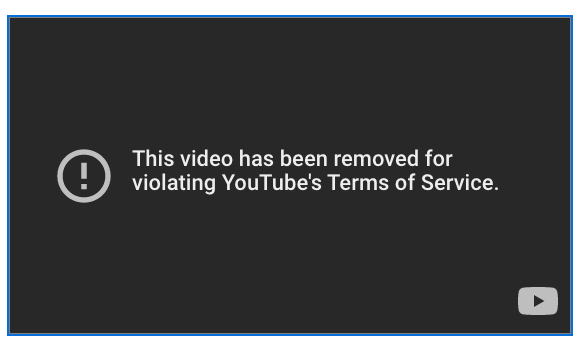 Yesterday, YouTube – which is an adjunct of the Google cartel – flagged me for Wrongthink and pulled a short video I had published just a few hours after I uploaded it, along with my latest Diaper Report. (I have reloaded the video on Rumble; it can be viewed here.)

Did the video contain profanity? Threats or intimations of violence? Nope to both.

But it did contain questioning words against the One True Faith. I related an encounter I had with a nice woman at the supermarket who told me how happy she was to see my face – which she could because I am an apostate and a heretic who shows it everywhere I go. I have never and never will adopt the vestments of a Faith I do not subscribe to. I won’t wear a Face Burqa anymore than I would wear the other kind of Burqa. 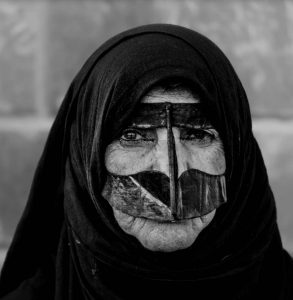 But we live under Sharia law and to not show respect for the Faith is a punishable offense – the punishment ranging from exclusion from commerce to arrest to what happened to me, which is a kind of online excommunication. The video was “flagged” and removed from sight on account of “violation of YouTube’s Terms of Service” – which has no specific meaning that can be divined but whose functional meaning everyone understands:

You will not take issue with our Faith.

This is what happens when religion takes over public debate. The Faithful do not want a debate. They want subordination to the Faith. You must beeelieve – and if you do not then that is a problem.

It is ok to beeelieve in violence, by the way – provided it is directed at Unbelievers. Had I posted a video denouncing the UnFaithful, those recklessly Unburqa’d heretics who refuse to pretend they are sick and spreading a sickness they haven’t got – and suggested that perhaps the time had come to do more than just kick them out of the store, my video would likely still be up. 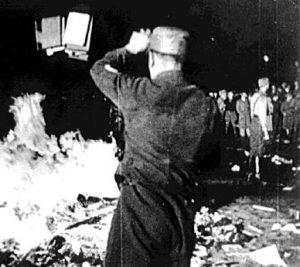 Extremism is acceptable – when it is in defense of the One True Faith.

But the gentlest questioning  – viz, what was done to Ron Paul, the gentlest heretic there is – is met with ferocious extremism.

These people are more dangerous than sleeping with Kraits – and they have just been empowered. Or will be, in a few days from now. It is extremely worrisome. One can hear the flames licking at the books tossed onto the pile – though the Internet-age equivalent will make no noise at all. There will instead be the silence of the closed mind, the echo of emptiness.

All will be uniform – and quiet. 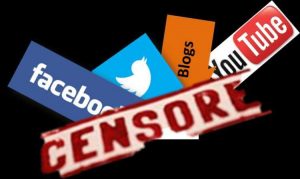 The Internet was great while it lasted. For about 20 years, information – all kinds – was available to almost anyone, easily and inexpensively. It was also possible for independent writers and commentators to reach a mass audience just as easily and inexpensively as the Authoritative Voices – as they are now styling themselves.

This was a big problem and the solution is a new religion. A religion of sickness, forever amen.

The boot Orwell wrote about that stomps on a human face, forever – in the name of spreading a sickness that isn’t physical so much as it is psychological. A danger so acute that no one may speak of it except the Authorized Voices and what they say must be accepted without question. 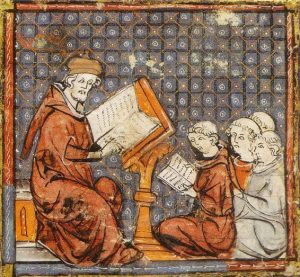 This is the new Medievalism – a revival of the mentality of the Dark Ages, which last manifested in Germany in the light of Dr. Goebbels’ bonfires and Stalin’s purging of the Kulaks. They didn’t have the Internet back then – thank god – but they used the same techniques then as now.

Terrorize the public so as to make the public pliable. Focus derision and exclusion on the few who remain unafraid and unpliable. Cast them as dangerous, even diseased things (the Nazis literally characterized their targets as a bacillus, as unhygienic) that cannot be tolerated for the sake of public health.

We’re here, by the way, because no one in a position to do something about it did anything about what was done to Alex about two years ago. He’s a kook, a right-wing crank. Who cares! Good riddance. 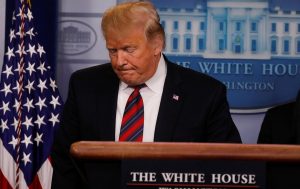 Most of all Orange Man should have acted. He could have put these latter-day Torquemadas on notice that while they have every right to publish (or not) whatever they like, within the bounds of legality – they have no right to claim the legal protection of a “platform” – i.e., a mere conduit or service provider – and then use their “platforms” to silence Wrongthink, according to their own opaque standards.

But he did nothing, and the “platforms” silenced the Orange Man, too.

And now they’re focused on the rest of us Wrongthinkers.

(S)elections have consequences – and we’re about to experience them.