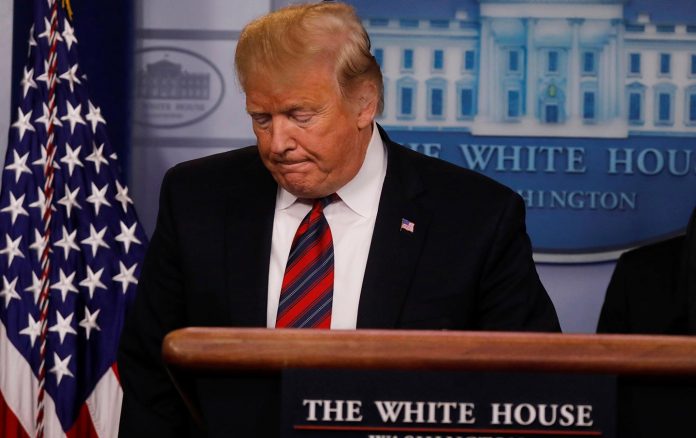 An interesting thing happened after I posted the little notice about not having much luck getting people who use anti-social media (e.g., Twitter and Facebook) to start using Parler instead. I more than doubled the followers I had there.

And then another interesting thing happened.

I just lost about a third of them, overnight. After I posted my Orange Fail column. Apparently one cannot speak ill of the Orange Man on Parler without the Parler room getting emptier. That’s fine; people have every right to stay or go, as they prefer. I just think it’s an interesting commentary on the affliction which afflicts both sides of the aisle. 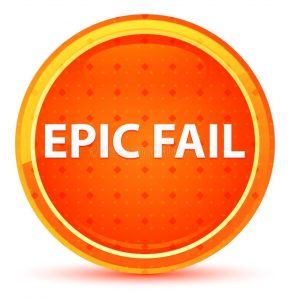 The left cannot deal with diversity of opinion . . .  and neither can the right.

Just as one must worship at the altar of BLM and Wokeness if one wishes to remain in the good graces of the left, so also one must prostrate oneself before the radiant orange glow, even if now much diminished and on the verge of being extinguished.

Was the election stolen? Sure, probably – it seems likely. But the Orange Man helped steal it. Shall we count the ways?

The most fundamental way was by agreeing with Sickness Psychosis. By letting Pope Fauci XVII become the president. The Orange Man just stood there – for months – while the ultimate swamp creature lectured and terrorized Americans. The Orange Man is not only complicit in this terrorizing of the populace, the man was apparently not smart enough to see that Sickness Psychosis was the means by which “the steal” was arranged.

The boxes were stuffed with absentee ballots. PA changed its voting procedures because of Sickness Psychosis.

Had Orange Man called a halt to this weaponizing of hypochondria – the cases! the cases! – we’d have had mostly in-person voting and the Orange Man would likely be trying on his new suit for the inauguration.

Instead, we are about to be ruled by a rabidly psychotic Sickness Cult, led by a relentless wearer of the Holy Rag, who will probably order every man woman and child in the country to wear the Rag.

And that is on you, sir.

The Orange Man also performed as the left characterizes him in the first debate; i.e., as a bullying narcissist unable to form coherent sentences, spouting insults and making a figure as grotesque as Joe Biden seem  . . . presidential.

If only you’d conducted yourself in a manner befitting the office, you might not have lost the office.

He fought giving Americans a petty $2,000 check – which Biden will now give them and get the credit for giving them. And now we have two more Bidenite senators and nothing to stop the Bidenites, in terms of the now-defunct “checks and balances.”

Everything is balanced one way – their way – thanks to you, Orange Man.

Yes, yes, yes. Dominion machines. A rabidly antagonistic media. All true, all there. But at the end of the day, you lost – and so did we because of it.

Not by the numbers lost, perhaps. But that doesn’t matter, does it? What matters is they won – meaning, they will be in charge, soon.

Irrespective of “the steal,” which you didn’t act to stop before the steal.

Orangites had better come to grips with this rather than bitch about this.

I wrote about it and lost a third of the people who had “followed” me over to Parler. These people apparently can’t handle dealing with inconvenient truths or even debating them. You must say no ill of the Orange Man. You must adhere to the doctrine of the Dolchstoßlegende – the stab in the back that the disgruntled of two generations ago bear-hugged as the basis of their lockstep (and goose-stepping) support of another leader, who eventually failed as well.

Though not before taking down a country and much of the world with him.

Orange Man could have been a transformative figure – and may still be so. The tragedy is what he could have transformed – as opposed to what he has set in motion.