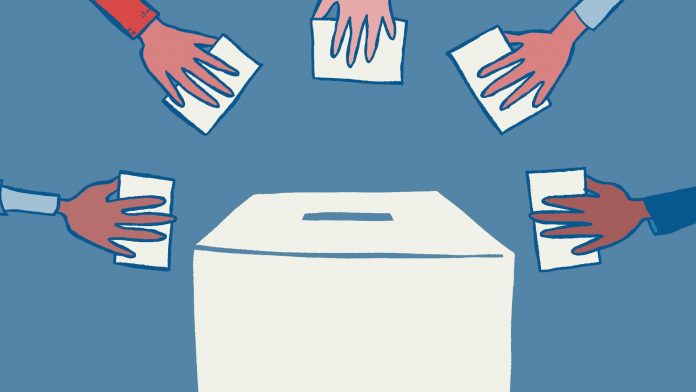 Voting seems to many an exercise in futility as well as something worse, perhaps. Does your vote matter? And – more fundamentally – is it wrong to vote at all if all you want is for your rights as well as the rights of other people to be respected?

The brilliantly funny and also just brilliant comic-philosopher George Carlin argued that voting is not only futile, it perpetuates the fiction that you have a choice and – worse –  that the things done to you and to others are hey-presto! legitimized because you and others voted for them, creating a feedback loop that makes it improbable if not impossible that anyone’s rights will ever be respected.

This will sound strange, perhaps, but I agree with Carlin  . . . and I vote.

I would prefer to never have to vote. The italics being important. To never have to attempt to protect my rights and defend my property in this manner. I certainly would never vote for abusing the rights or taking the property of anyone else.

I wish voting, itself, were regarded by most people as a fundamentally dishonest and cowardly thing (i.e., anonymously voting to have other people take other people’s things for your benefit, etc.) and that rights and property – the same things, really – were never up for a vote.

And yet, they are.

It is not unlike finding yourself wrongly arrested, your assets seized and you taken off to a prison. Your rights and property have been violated. What do you do now? You are under the power of your jailers. That you do not consent is immaterial to this condition. The jailers are not going to just let you go because you insist your rights have been violated, no matter how true that may be.

But you can perhaps get a better work detail. A cell less awful. If given the chance to pick a guard who is a bit less cruel than the guard you have now, would you refuse to pick the lesser of two evils? 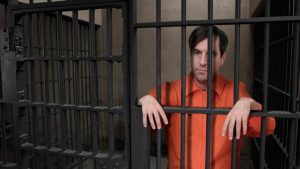 And if you did choose it, would that make you complicit in the evil done you – and others?

Carlin appears to take the position that it does make you complicit – as well as a fool. “You voted them in; you have no right to complain,” he says in his famous rant on the subject. But is this so? How is it foolish to attempt to reduce one’s suffering when that is possible, to whatever degree? Carlin asserts implicitly at least that it is not possible to achieve any good by voting – i.e., to reduce one’s suffering – but this is demonstrably false. Examples abound but one will suffice:

On the ballot is a measure that will result in the hateful tax applied to the possession of property being reduced – or at least, not raised. You vote yes, in order to lessen the amount of money forcibly extracted from you and – along with others who vote yes – the measure passes and, while you still are compelled to pay, you pay a bit less and so are a bit less abused Or you vote for a politician who promises to reduce your taxes. Whether he actually does reduce them is not the point. If he then acts to raise taxes is not what you voted for and the responsibility for this evil act is the politician’s, not the person who voted for him. 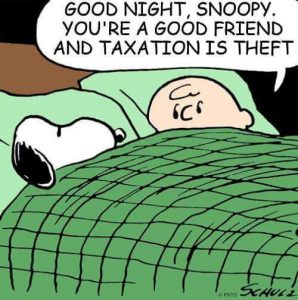 You never concede legitimacy to the taking of any of it – from anyone – certainly not by casting a vote to prevent the taking of some of it.

Because that’s what’s on the ballot.

How is this materially – or morally – different from the “vote” of the person wrongly imprisoned to better his conditions?

The prisoner is constantly conjuring strategies to obtain his freedom and clear his name. He never stops working toward that end. But at the same time, he does what he can within the constraints imposed upon him and within the bounds of morality – i.e., without violating the rights of others – to improve his situation, even if that only means limiting the harm done to him as opposed to ending the harm done to him. 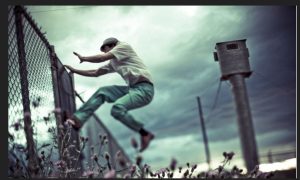 The fact – like it or not – is that our rights and property are up for a vote.

We can vote against violating our rights and the taking of our property while also vociferously arguing that no one rights or property should be up for a vote at all. Indeed, the vote gives us the opportunity – within the context of the fact that the vote is going to occur, whether we like it or not – to make our case about the immorality of cowardly (because anonymously) voting to violate the rights of others and to have other people take people’s possessions and abuse their rights on our behalf.

And that is to be complicit in it.

It’s worth mentioning, in closing, that Carlin’s fundamental objection wasn’t that other people’s rights and property are subject to the vote. He was an astute – and brilliantly funny – man. But he was also a man who believed in “helping” other people . . . to other people’s stuff, via the vote.

His main complaint was that the voting didn’t “help” those he deemed deserving but rather that the vote profits those he regarded as undeserving; i.e., that it is fixed in favor of high-powered/big-money interests who have their thumbs are on the scales.

And he was right about that.

But that doesn’t mean it’s wrong to vote to keep everyone’s hands out of your pockets and all of their noses out of your business – even if only a bit less.

At least until enough people can be persuaded that it’s obscene to vote to take anyone’s money or meddle in their business at all.