Have you ever “practiced” Reverse Diapering?

We are all used to the opposite. To being pressured to Diaper by the Diaper-pushers, who leverage their having something we need – such as food or our job – to get us to wear the disgusting rag and thus become part of their horrible lie.

I was able to turn the tables on the Diaperers – because for once I had something they needed.

Which they thoughtfully provided, albeit accidentally.

The day prior, I visited my bank. Well, I visited the drive-thru, which I dislike doing but have been forced to do for the past year-plus because no one is allowed to show their face within the bank.

The faceless will shriek if they see yours.

So I roll through the drive-thru.

As is my habit, I cashed a couple of checks so as to not have to use credit cards – which I have but avoid using because it’s very easy to over-use a piece of plastic that doesn’t disappear from your wallet no matter how many times you use it whereas you’ve got only so much cash in your wallet and once it’s gone, the worst you are is out of cash.

As opposed to being in debt.

Anyhow, I wanted to get some cash in order to buy some things. Per my usual, I put the signed checks in the pneumatic tube and waited. The tube returned after an interval with the usual envelope, which I tossed into the center console of the car I was driving and headed home. 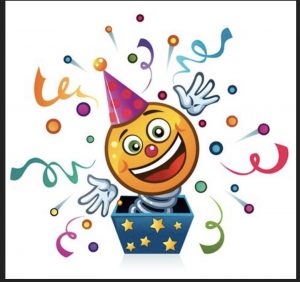 At home I opened the envelope and found my money – plus some more. The teller had made an error. And having done so, gave me some power. They want their money back? Of course, naturally.

I am happy to return it.

But I’m not happy much less willing to spend 15 minutes of my time sitting at the drive-thru again, because of their mistake.

I’ll be walking through the front door, just me and the money – and no Face Diaper. They will see my face and deal with it – or I will walk right back out that same door, with their money.

Which I’ll hang onto until I can return it – on my terms.

And that’s just what I “practiced.” I returned next day and walked right through the doors previously closed to me and every other soul unwilling to become an adjuvant to the sickness of weaponized hypochondria.

Holding that envelope. It worked like Willie Wonka’s golden ticket.

They said nothing, notwithstanding their “policy.” Notwithstanding the several BLOCK LETTER signs on the door warning that MASKS ARE REQUIRED OF ALL CUSTOMERS. All it took was the magic words. Before they could say anything I told them why I was there. Not to withdraw but to return.

It is amazing what an incentive money can be.

Also, interesting. In that the sum involved – $1,500 – was apparently worth more than the “safety” of the people within the bank, supposedly the reason for the “policy” regarding the effacing of faces.

With exceptions. For the money.

But would you expose yourself to a serious threat of lethal infection for the sake of $1,500?

To ask this question is to answer it.

They know it’s a farce; a thing I know for a fact because I happen to know some of the people who work at this bank and have asked them – and they’ve told me. But they are obliged to play Sickness Kabuki – because it is the policy of the bank, which they must abide by in order to remain employed by the bank.

So, I feel for them.

And it is why I did it for them – as much as for myself. Their inadvertence gave me the opportunity to help these poor people by putting them in the position of having to accommodate me by not saying anything to me about the disgusting Face Diaper they are forced to wear but which I am not.

At least, not if they want their money back.

They are required by the bank to demand that customers wear the loathsome apparatus if they wish to transact business face-to-face rather than via a pneumatic tube. But for once, the tables were turned.

What could they do?

If they refused to take the money then they’d be in trouble with the bank. If any Karens complained to the bank because of my Undiapered face, the tellers could plausibly say: He was returning a large sum of money; there wasn’t anything we could do. He wouldn’t go through the drive-thru; we asked – he said no.

What could we do?

It is doubtful the bank would have fired anyone for accepting money. But there would have been trouble, probably, if they’d refused to accept it by refusing to let me in.

This doesn’t have to be an isolated turning-of-the-tables, either. We all have the power to practice normalcy. To refuse to deal with sick people who need something from us. Insist on sanity.

You want my business? Take off the damned “mask.” And don’t you dare open your yap about me not wearing one.

When You Can’t Give ‘Em Away…