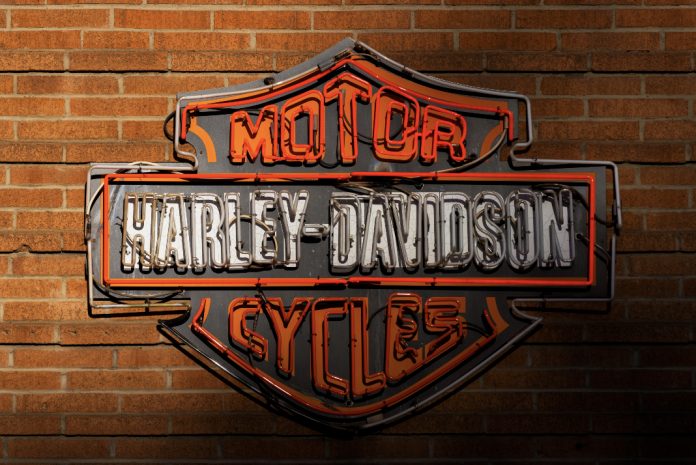 Harley—Davidson just admitted that a Harley without an engine is like a beach without the ocean. Not many, apparently, want to go there.

So the DeadWire – the Harley without an engine – will go somewhere else. Putting lipstick on this pig – which could never be a Hog – the iconic motorcycle manufacturer says the Deadwire will be “spun off” as a “stand-alone” brand.

To get it out of Harley-Davidson showrooms. Which will henceforth be “virtual.” 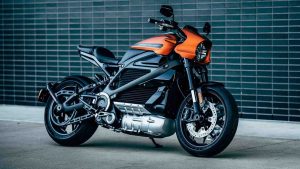 It’s a sound that many have tried to imitate but which remains the beating heart of a Harley. Not the chrome, not the bags. The potato-potato-potato sound of the Harley-Davidson engine.

It is what defines a Harley. You hear it coming. You know your neighbor just fired his up.

Everyone knows what it is – because it doesn’t sound like anything else.

Without that sound – and that feel  – you have  . . . something else. Something not-Harley. Something anodyne. Like a man without testosterone.

And without a clutch and a transmission to shift, you haven’t even got a motorcycle.

You have a scooter pretending to be one.

In this case a very expensive scooter – without the scooter’s usual merits, especially its usefulness as a way to get around. For well under $10,000 you can buy a scooter that averages 70 MPG that is capable of being ridden across the state in one day – because it does not take all day to recharge one.

The Deadwire can go maybe 70 miles – from a Harley store, where you must return to if you need to recharge in less than overnight, due to the Deadwire’s finicky electrics. Seventy miles being the extent of its best-case halfway-to-empty maximum range of 140 miles.

A real Harley’s range is about the same – but it can go all the way there – because it can be refueled anywhere and in just minutes.

Its range is effectively unlimited. Which gives its owner the freedom to ride wherever he wants, whenever he likes – and as far as he likes. A $30,000 scooter pretending to be a motorcycle that restricts your freedom? Yeah, that’ll sell. 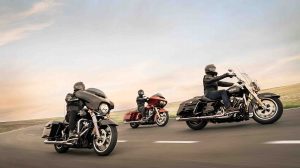 Scooters also have capacity – because the available space is not taken up by a massive battery. This makes them very practical – even more so than motorcycles, which generally have limited space for stuff because of the way they’re laid out – even if they have bags attached to their flanks.

A couple of years ago, BMW sent me one of their big scooters – a C650 – to test ride. My write-up of that one is here. Not only was this thing capable of traveling several hundred miles in a day, because it didn’t make you wait before you could go – and could go in one direction, because it didn’t make you return – it could carry several full bags of groceries under its seat, where there was almost space enough for a passenger. 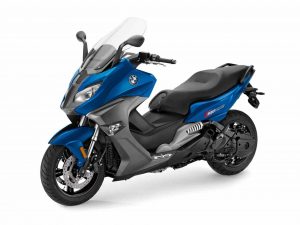 The Deadwire hasn’t even got that – because bags add weight, which reduces range and . .  well, you know what’s next.

The C650 wasn’t a motorcycle – and didn’t pretend to be. It was a scooter – and sold itself on those merits.

Harley has been trying – and failing – to sell something that isn’t a motorcycle as a Harley, which is both preposterous and insulting.

To the experience. To the sound and the feel and freedom . . . the not-being-a-scooter.

If ever there was a case of a company having lost touch with its history – and in peril of losing touch with its customers – the Deadwire Debacle is it.

“Harley Davidson is interested in letting its electrified models stand on their own terms,” reads a statement released earlier this week.

At least Harley appears to understand that a model is not a motorcycle, much less a Harley-Davidson motorcycle. Then again, not so much. HD chairman, president and CEO Jochen Zeitz says “Deadwire”  – the new line of Harley models – “will pioneer the future of motorcycling for the pursuit of urban adventure and beyond.” 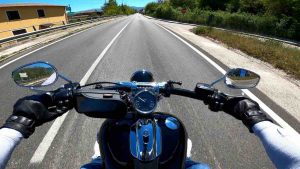 For reals, as the Millennials sometime say?

Yeah, there’s all kinds of “adventure” to be had on a motorcycle in an urban setting. Put-put-put from light to light. Then to a dead stop, to plug. Forget the open road. Forget freedom.

That’s an adventure, all right – just not the kind that people who ride motorcycles are into.

There are scooters for that, Herr Zeitz.