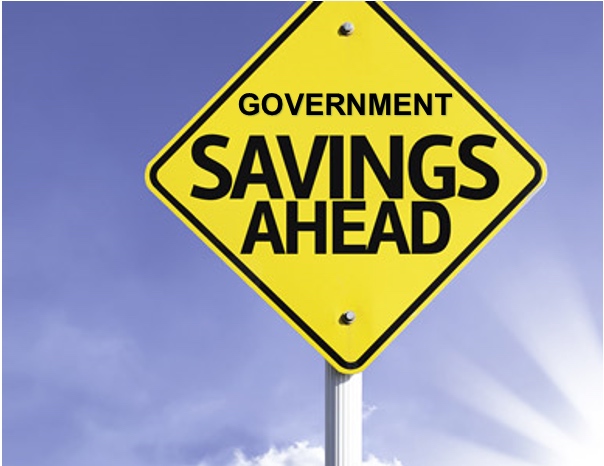 Brakes jobs tend to cost more nowadays because certain critical brake parts – the rotors – are becoming throwaway parts. The why is interesting.

Car companies are forced by the government to “save” you money – as the government styles it – by issuing regulatory fatwas requiring that all new cars achieve ever-higher fuel economy numbers. But there is a hidden cost to this – and guess who pays for that?

It isn’t the government.

You – the owner of the government-mandated “fuel efficient” car – get to pay for things like light-weight but disposable brake rotors that are too thin to be turned, or machined to true – necessary for proper operation of the brakes. 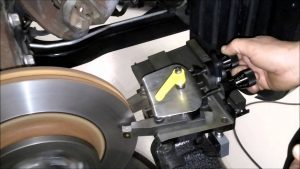 Turning entails the use of a special lathe to  shave off a little of the metal surface of the rotor to bring it back to flat and good as new. This was common practice before the government got into the business of “saving” car buyers money by ordering new cars to be made ever-more-efficient. Which prompted the car companies to shave weight off the car by using thinner/lighter rotors.

The old steel rotors were heavier – because they were thicker and thus, sturdier. For this reason, they could often be turned several times, thus increasing their useful service life and costing you less each time your car needed brake work.

Machining being generally less expensive than the $60-plus it costs for each of the four new replacement rotors your car may need the next time it needs brake work.

Thicker rotors were also less vulnerable to warping, either from heat or from over-tightening – as via an air gun during a government-mandated “safety” inspection. Most shops are in a hurry and don’t take the time to remove or install lug nuts – which hold the wheel to the hub via studs that are pressed into the rotors – by hand, using a torque wrench to reinstall them without risking over-tightening them. This often results in too much clamping force applied to the rotors, which become out-of-round as a result and have to be turned to get them back to true – if you don’t like the feeling of your brake pedal pulsating under your foot or the car pulling left or right when you apply the brakes. 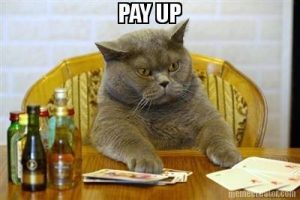 But if the damaged rotor(s) can’t be turned, they have to be tossed. Guess whop gets to pay for that?

If it were only throwaway rotors, it might not be so bad – or rather, so expensive – to “save” on gas.

Unfortunately, the “savings” are riddled throughout all new cars – and the newer, the worser.

Reach under the dash and pop the hood latch of any new car – of any new truck – and then walk around to the front of the car and raise the hood. You’ll be able to do it with one hand. You could probably bend it, with both hands. The hood is so thin it practically waves in the wind, like the flag on the Moon – so as to make it so light – that it can be supported by a flimsy little prop rod. This shaves 30 or 40 pounds off the curb weight of the car, in order to “save” you on gas. But it will cost you dearly if you happen to hit a deer.

Or get hit by another car. 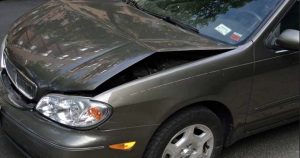 Tinfoil is hard to uncrumple. Plastic that cracks usually has to be tossed. What would have been a fender-bender 30 years ago is now a front-end replacer. The hood and fenders serve a cosmetic purpose, primarily. That and keeping the rain off the car’s engine and other such. But they are almost no better than Reynolds Wrap as far as serving any structural purpose.

Another method by which the car companies have sought to shave weight off new vehicles is by using aluminum rather than steel  for wheels, which are much more easily damaged and cost much more to replace – but they “save” weight and you get to pay for it.

Aluminum is even being used for truck bodies, as in the case of the current Ford F-150. Which is substantially lighter – by several hundred pounds – than the steel-bodied version of the same thing. Just as cast aluminum engines are also much lighter than engine blocks made of cast iron.

But you’ll pay a hidden cost for such “savings.” 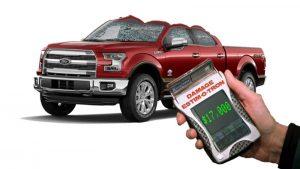 Aluminum is light – and strong. But it is also more easily dented than steel. This is a particular issue for truck buyers, who often throw or load heavy things in the bed of a truck or inadvertently back into something, denting the tailgate. Steel can be unbent (and welded) much more readily than bent or torn aluminum, which takes special equipment, facilities and expertise.

Government doesn’t pay for that.

Even if you don’t bend or tear your aluminum-bodied vehicle, the fact of the potential expense of repairing it will be reflected in what you pay to insure it. And these costs are also spread across the pool of insured, generally – who all get to pay extra for the cost of fixing more easily damaged and harder to repair aluminum-bodied vehicles. You may pay directly, too – to get fixed what you used to be able to fix, yourself – perhaps with a come-along and a sturdy oak tree. 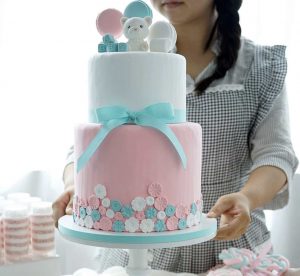 Aluminum engines, meanwhile, have to be re-sleeved in order to be re-used. If you can re-sleeve them. The old cast iron blocks weighed twice as much, but they could be easily re-bored and re-used, often several times.

The drywall paste icing on top of the sawdust cake is that the “savings” on gas aren’t even much, if they are they are there at all. The aluminum-bodied Ford F-150 with its aluminum (and twice-turbocharged) 2.7 liter V6 engine, paired with a ten-speed automatic transmission that has three overdrive ratios (8th, 9th and 10th gear) to cut engine revs to the bare sustainable minimum, in order to “save” gas – carries an EPA rating of 20 MPG in city driving and 26 MPG on the highway.

A steel-bodied, V8-powered 2000 F-150 with a four speed automatic and one overdrive gear rated 13 city, 17 highway, costing you about 7 MPG all around vs. what you “save” when you buy the new, government-mandated version, which also costs almost $35k to buy so equipped vs. closer to $25k as equipped, back then.

You decide whether that’s a bargain.