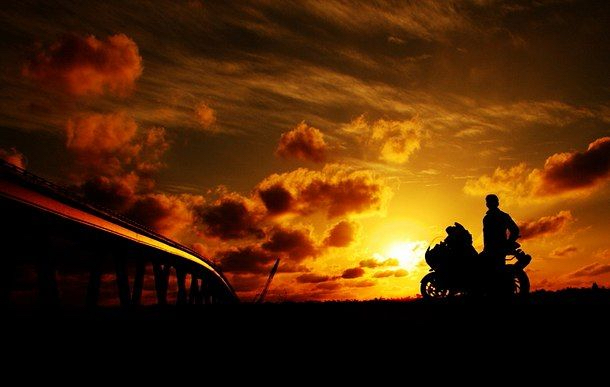 We live in inverted times.

A “virus” that posed a significant threat to about 1 percent of the population was used as the pretext for imprisoning, Diapering and Jabbing the other 99 percent. This is an incredible thing, when you think about it – especially given we are endlessly told about the “democracy” we must curtsey to at first mention. According to which the principle is that things are done in the interests of the majority.

The fact is often otherwise.

Two states – California and Oregon – have already banned the sale of new cars that are not electric cars within a few years from now (2035 and 2030, respectively). It has been done on the same principle as “democracy” – as actually practiced. A small minority – politicians and their helpers in the regulatory bureaucracy – decree that everyone else shall drive electric cars only.

Here is a genuine minority.

About eight percent of the population owns a bike; most of them do not ride a bike every day as their primary vehicle. Most people who ride do so for the fun of it. They keep a bike in addition to a car – and it is the car they drive, mostly.

But for the sake of talk let’s say it’s 8 percent. It is a lot less than 92 percent – the portion of the population that does not own or ride a motorcycle. It is also a lot less – in terms of the “emissions” contributions of these bikes, most of which aren’t ridden regularly. Most of which also have engines considerably smaller than the engines in most cars – although that is changing, as the minority cabal of politicians and bureaucrats continues to cattle-prod cars (and car buyers)  toward “electrification.”

Most 2022 cars come with 2.0 liter engines – which isn’t far off the 1800 CC engines (bike engine size is usually touted in cubic centimeters rather than liters, as is the case for car engines – which were once touted in cubic inches before metric androgeny took over) that power some larger touring/cruiser-type bikes. But even so, the typical four cylinder motorcycle engine is in the 750-1000 cc range and there is a whole subset of bikes – dirt bikes, used principally off-road – that have engines in the 250-500 cc range.

These “emit” – as it is styled – even less than the already-almost-nothing “emitted” by cars – both of which, together, “emit” a quantity of carbon dioxide that is fractionally small as a percentage of the fractionally small totality of carbon dioxide present in the earth’s atmosphere – which is 0.04 percent. Which percent is increased via car “emissions” by a fraction of that fraction of a percent and by motorcycle “emissions” even less than that.

It is almost as much of a threat as the “virus” to 99 percent of the population.

Yet in both cases, a similarly exaggerated response.

It is probable that the ban on non-electric new car sales will likewise be applied to the sale of new, non-electric motorcycles – once the politicians and bureaucrats get around to it. They will need to – but not because the “climate” is “changing,” that sophomorically unscientific but widely accepted idiocy that cannot be “denied” because it cannot be defined. It is of a piece with “denying” that some people aren’t nice. Yes, indeed. But which people, exactly?

“Climate change” is the apotheosis of unscientific. Which – in a thinking age – would beg several questions. How do you debate or even discuss something without a clear and precise meaning? Instead a feeling – and that seems to be what counts the most in these “democratic” days.

Motorcycles being one such.

They have long been such – as for example that most of them are still largely free of most of the nannying “technology” embedded in new cars and remain relatively simple, affordable things, relative to new cars. This makes them hugely appealing to the people – a minority – who cannot abide new cars precisely because of all the nannying, the complexity and cost – but still need a way to get from A to B that is under their control, rather than the control of politicians and bureaucrats.

This minority of bikers is “changing” the “climate” even less than the majority of people who drive cars, who aren’t “changing” it in any demonstrable way and certainly in no catastrophic way – the latter italicized to emphasize the way exaggeration is used to create a “catastrophe” where none exists. As in the case of a “virus” that doesn’t kill 99 percent of the population.

Yet on the basis of feelings –  manipulated by politicians and bureaucrats, aided and abetted by their well-paid hyenas in what is styled the “media” – bikes are certain to face bans. For the same emotional reason that cars are being banned.

They are “changing” the “climate,” you see. Or rather, that’s what they will say. 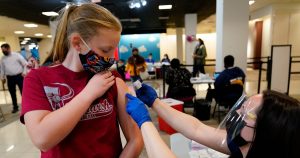 And so it will come to pass. So long as a majority of people are dumb enough to allow their vehicular enserfment over a fraction of 0.04 percent, which they are told presents an existential threat . . . by politicians, bureaucrats and Leonardo DiCaprio.

Well, they allowed themselves to be imprisoned, Diapered and Jabbed on precisely the same basis. But maybe they learned something from that.