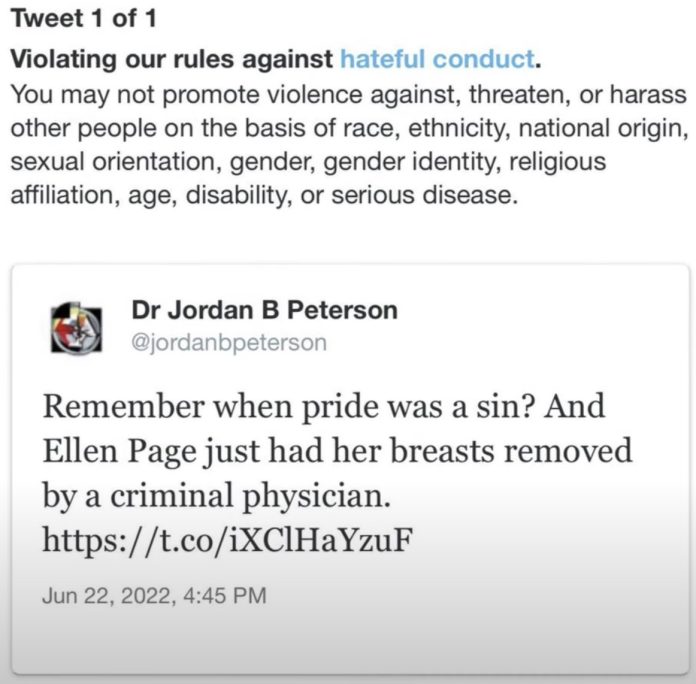 Jordan Peterson just got his Tweeting privileges revoked – unless he apologizes for referring to a biological she (who had her breasts removed) as a non-biological “he,” which she insists she has “transitioned” into being by having her breasts removed. Also – presumably – her ovaries (the ones she was born with) excised and, perhaps, a “penis” she wasn’t born with grotesquely fashioned of other parts of her body and then grafted where the vagina she was born with used to be.

This is akin to having to say sorry for having said the earth is a sphere because someone’s feelings were hurt, who believes it to be flat.

But it’s this “Tweeting” business that is itself arguably even more odious than the cancelling of people such as Peterson for daring to speak the truth, irrespective of people’s “chosen pronouns” – or their feelings about them.

Peterson is a grown man, first of all. There is an insipidity inherent in this business of “Tweeting,” insofar as grown men (and grown women) is concerned. An explicit infantilism.

A repudiation of adult conversation.

Adult men and women do not “Tweet.” The latter having the sound of something little birdies – and small children – do. To participate in “Tweeting” is to partake in one’s own diminishment, as an adult. 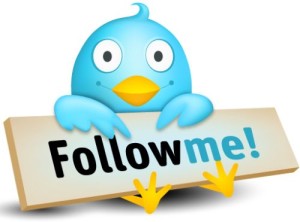 Observe the difference between the Tweet that got Peterson banned from further Tweeting – and the video he did shortly thereafter. The former constituted four lines of abbreviated speech. The latter, 15 minutes of careful, adult conversation – in which Peterson had the time and space to do what Tweeting, by the very nature of the thing, renders an impossibility.

He was able to explain – carefully – what he meant. As opposed to “Tweeting” like a little birdie.

Note also the same pattern in regard to the Tweeting of the Orange Man, who was banned for his Tweets, too. The relevant point being – again – the diminishment of adult conversation in favor of that which renders adult conversation impossible. More profoundly, it has blinkered and cheapened adults trying to have conversations within the boundaries of Twitter’s pre-school-level format. This latter has served to “Twitterize” conversation outside of the Twitter universe. It is the elaboration, writ-large, of the sound bite – that purposely limiting snippet of verbiage meant not to foster communication but to oppress it.

The idea being to get people to think small – so as to limit thinking, itself.

Peterson, who is a smart as well as thoughtful man, seems to have been thinking a lot about Tweeting – and has decided he wants nothing more to do with it. Other adults ought to consider the same.

Bad enough that Twitter is (as Peterson styles it) a censorious tool of the Woke Left – which alone ought to cause reasonable adults who object to being told what they may and may not say in accordance with opaque “community guidelines” (more cloying insipidity) to decide they’ve had enough.

Far worse to be limited to “Tweets” that preclude conversations above the 5th grade level. And the truth of the matter is that even that is insulting – to fifth graders – many of whom are quite capable of expressing themselves as adults, assuming they’re allowed more than four or so lines of “Tweeting.”