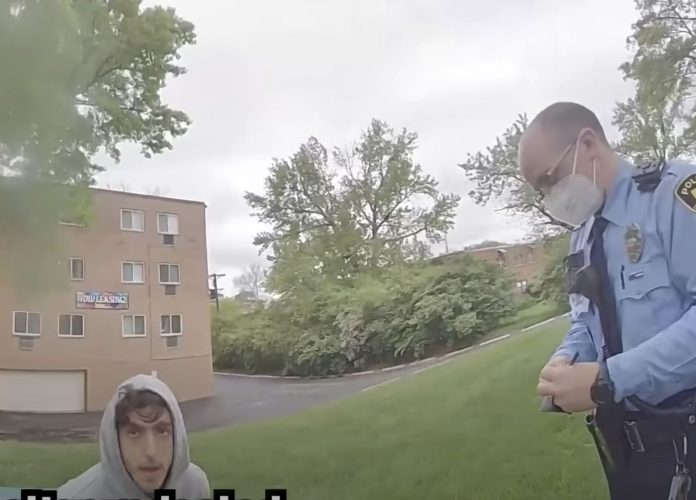 Here is a video of an Armed Government Worker physically assaulting a couple of guys for the “crime” of “aimlessly walking around.” The real crime, apparently, was that one  of these guys flipped the AGW the birdie. The sensitive ego of AGWs often cannot abide such affront to their egos – and what you see ensued.

The AGW first demanded IDs – which they guys were not obliged to provide absent the AGW asserting his belief that they had violated a law. It is not against the law to “aimlessly walk around.” Yet the AGW enforced his law – as so many AGWs like to do.

Thus, the guys were subjected to a verbal berating before being handcuffed and “patted down” because they objected to being told they were being “detained for suspicious activity,” a neat catch-all (like “climate change”) that gives AGWs the excuse to “detain” anyone they like, anytime they like. Just say the person is “suspicious.” 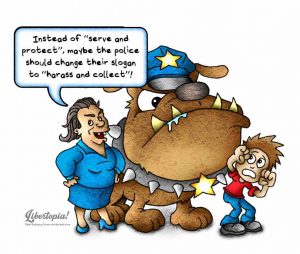 The problem – aside from the moral problem – is that there is no statute describing “suspicious” as a crime. It is not even probable cause, which must be specific – as regards the AGW being obliged to state a law he believes is being or was violated. Absent that, it is illegal to “detain” people for no other reason than “suspicion.”

One of the guys now-cuffed tells the AGW: You’ve got a fragile ego, bro. All because I flipped you off.” 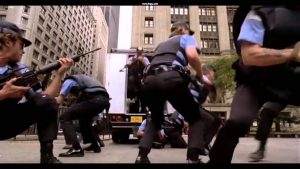 The AGW retorts: “That’s disrespectful!” – blurting out the true nature of the “crime.” Or rather, the affront.

Astutely, the young (and cuffed guy) responds with: “Why is that your concern?” – showing he knows more about the law than the “law enforcer.” But when you are “the law,” the actual law doesn’t matter. Certainly, you’re not held accountable for breaking it – as these two AGWs clearly did when they “detained” these guys for no lawful reason but – as is clear – to show them who “the law” really is.

“We have every right to stop you and find out who you are and where you live.”

Actually, they don’t have that “right” – which is wrong, under the law. Citizens still have the right to walk around in public without being obliged to identity themselves – much less tell an AGW where they live – absent articulable suspicion that a specific law has been violated. Being “disrespectful” doesn’t qualify – and while some might say that AGWs ought to be respected these two AGWs have earned a truckload of “disrespect.” 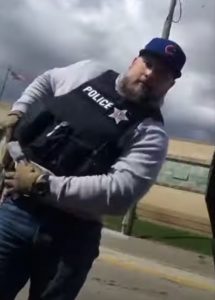 The AGW – who is a “sergeant,” in the manner of “Colonel” Sanders – disagrees. “You don’t disrespect the police like that.”

Subsequently, “corrective action” was taken against the sergeant. But nothing approaching the actions that would have been taken had any person not “the law” used the implicit threat of murderous violence – the gun on his hip – to forcibly “detain” someone for having “disrespected” them.

Had any other person done that, it is certain that, at the least, their right to carry a gun would have been rescinded. But Armed Government Workers are always held to a lesser standard.

And that is why we have an AGW problem.