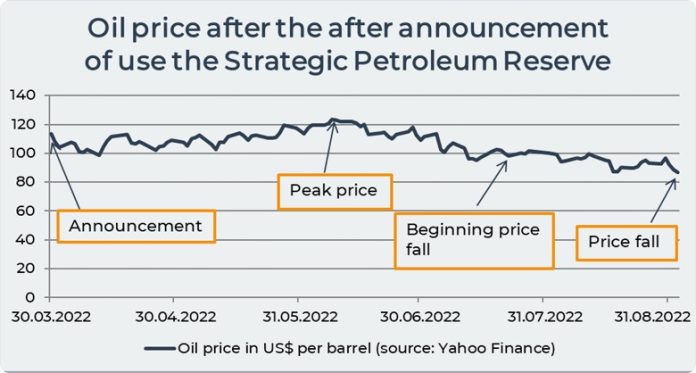 The Biden Thing and those pulling its strings wants you to think things are better – just in time for the midterms – because the cost of a gallon of gas is not as high as it was.

Outside of California, most of us are “only” paying about $3.60 or so per gallon  . . . for the moment. The idea being to get people to focus on that rather than on what they were paying before the Biden Thing came to town, when regular unleaded cost around $2.25 per gallon. When gas was getting cheaper because more oil was being produced.

Gas is now “cheaper” – so to speak – because more oil is being released.

The difference is important. 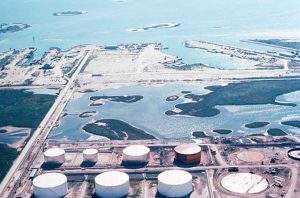 More oil being produced means lower prices resulting from an increase in supply. More oil being released – as from the Strategic Reserves – means a temporary (and unsustainable) increase in supply and an artificially induced lowering of prices that cannot last long. The hope – of the things behind the Biden Thing – is that they will stay lower for just long enough.

And then, they will go up.

Beyond where they are now – and beyond where they were, a couple of months ago. Once the elections are over – and the Things have consolidated their power – they will stop draining the Strategic Reserves. That artificial supply of oil will not be replaced by a supply of oil being produced. This will result in a reduction of supply while demand remains the same or even higher. 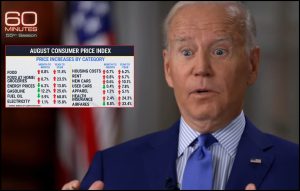 By Christmas, we may be paying $5 (or more) for a gallon of gas and looking back wistfully at the days when it “only” cost $3.60 per gallon.

But there’s something else we probably ought to be looking at right now. It is the cost of diesel fuel – which is still well over $4.00 per gallon in most parts of the country and more than $6 per gallon in California, where there are many shipping ports and a lot of agriculture.

The cost of diesel isn’t noticed as much by most people because most people don’t drive diesel-powered vehicles (the government having done a very effective job all-but-outlawing them without actually passing a law outlawing them). But everyone has noticed the effects of high-cost diesel, which are passed on to them via the food producers who use diesel-powered equipment and the truckers who haul the food produced in their diesel-powered trucks. This is why the cost of food and other necessities has not gone down. It may cost you momentarily “less” to drive your car to the supermarket but it still costs the trucker who hauled the stuff to the supermarket a fortune. 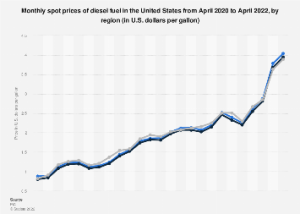 Which is why you are still paying a fortune, at the store.

“Inflation” – the devaluation of the fiat currency we’re all forced to use to buy and sell things – is part of the reason why we are forced to spend more currency to buy the same. Or less, as when the wrapper or box is the same size but what’s inside no longer is. But there s the additional reason of stuff being made actually more expensive by making the cost to produce and transport it more actually expensive. Even if “inflation” were to abate today, we’d still be paying record-high prices for food and other necessities because of record-high diesel-fuel prices.

The prices that are what they are right now. For the moment.

Even under the temporary influence of an artificial increase in supply via the politically motivated draining of the Strategic Reserves, diesel still costs about twice what it cost before the Biden Thing assumed the presidential Tele-Prompter. 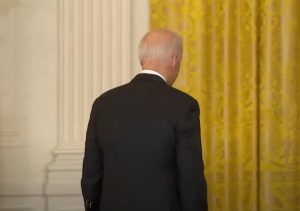 That means the “new normal” cost of things is going to stay the same – at least. That being the “best case” scenario. Given that what is styled “inflation” is not likely to abate tomorrow (or ever) and given the certainty that there is a limited supply of oil in the Strategic Reserves that can be used to temporarily suppress the price of gas – and diesel – it is inevitable that we’ll be paying a great deal more for gasoline and everything that is produced or transported using diesel when the temporarily increased supply is reduced. Which it will be, leaving aside the political machinations of the Thing and those propping him up (red-backlit) in front of a Tele-Prompter screen, for there is only so much oil in the Reserves.

Maybe now you get the idea.

The things behind the Biden Thing do not want to lower the cost of fuel – or food. Except temporarily. Expediently. Abundance – and affordability – being contrary to scarcity, poverty and dependence they seek to impose. Freezing – and starving – people will look to these Things for “help.” The  very Things that created the reasons for needing “help.”

Enjoy the “low” cost of gas – and not-so-much diesel – while it lasts. Which isn’t going to be for much longer.