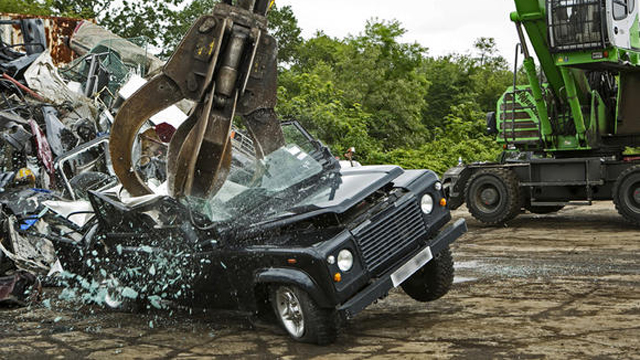 About the mafia styled “government” is contained in this video:

In it, one of the many “crews” serving as muscle for this uber-mafia does what such crews always do: it destroys something owned by someone else in order to teach them (and everyone else) a lesson. That lesson, of course, is to never forget the violence that hangs over everything the mafia does – and which will be visited upon you in the event you ever step out of line.

In this case, the crew is the U.S. Customs and Border Patrol and the victim is a helpless Land Rover Defender  – and of course, its former owner. The Defender is a model Land Rover sells outside the boundaries of the U.S. Customs and Border Control’s (and EPA’s and DOT’s) “turf.” It is not a mafia-approved vehicle for sale here because it does not meet mafia-imposed requirements, particularly as regards the profusion of air bags and so on that the mafia insists every one of us must have – whether we’d like to have them or not.

Well, just as some people in the neighborhood refuse to pay the Black Hand for “protection,” just so there are people who think it’s no one else’s business what sort of vehicle they drive – especially as regards such things as air bags, the presence or absence of which in no way affects the well-being of other people.  They figure: Why should I be compelled to pay for things I feel no need for and do not want? 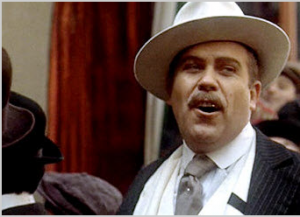 Ah, but we don’t live in a free country anymore. The black hand is in control.

The Defender is the sort of vehicle once very popular here but now unavailable – legally – and thus, virtually nonexistent here. It is a serious SUV. In addition to not having air bags, it does not have carpet – or anything else that detracts from being among the most off-road-capable vehicles ever made. It is ideal for backwoods work and so beloved by people who actually use their SUVs for such work and who – unsurprisingly – aren’t much interested in the mafia-approved, leather-wrapped and air bag-festooned $50,000 absurdities that prowl suburbia but which their owners dare not actually take off-pavement (the lambs’ wool carpet might get soiled).

Land Rover stopped selling the Defender here about 20 years ago – because it could no longer do so legally.

That is, in compliance with the mafia’s orders.

Just as Volkswagen had to stop selling old Bugs here after about 1979 – but continued to build and sell them in Mexico for decades thereafter.

Thus, to get a Defender (or a VW Bug and numerous other such vehicles) prospective buyers have two options:

They could buy a used one built 20-plus years ago, before the mafia’s ban went into effect. Unfortunately, when it comes to Defenders, there aren’t many available – because of mafia-enforced scarcity. The handful of pre-ban Defenders are treasured by their current owners and when they do go up for sale, they sell for a lot of money.

The second option is what aroused the ire of the mafia: Sneak a newer and much less expensive (and thus, “illegal”) Defender into the country. People do this with old Bugs, too. It’s much less expensive to buy a 10 or so year-old Mexican Bug with solid floorpans than it is to buy a pre-ban 30-plus-year-old U.S.-legal example in need of major rust repairs.

This, of course, the mafia will not abide.

If you’re caught with an “illegal” gray market car – forget about it. And close your eyes, too. Because what will happen to the vehicle is exactly what happened to Sonny in that famous scene in the cinematic Godfather.

Watch the video – if you can (I could not stomach the whole thing and turned it off about three quarters of the way through). The “illegal” Defender was not merely crushed. It was savaged. The operator of the machine picked it apart like a sociopathic child pulling wings off a fly. 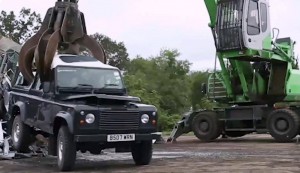 I cannot bear mindless destruction. This instinctive loathing led me, in time, to an intellectual loathing for the mafia and the inevitable realization that this thing called government is in fact the biggest, most dangerous mafia of them all. Don Corleone, after all, only controlled sections of New York. One could always move to Albany. But the government-mafia’s reach is almost omnipotent – and it is a much more vengeful and personally malignant entity.

The Don, after all, probably doesn’t care whether you drive a Volkswagen or a Hyundai – nor whether it has air bags or not. Your “safety” isn’t his concern; he just wants your money.

But this mafia-government wants it all. Your money – and your freedom. It will not allow you anything. Not even the choice to drive what you’d like to drive. There’s no amount of money.