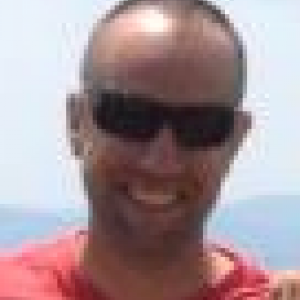 And of course, he won’t be charged:

Prosecutors declined to charge an Ohio State Patrol trooper with a history of domestic violence who admitted to a sexual encounter with a boy.

State trooper Ricky Vitte Jr. told his wife that he had watched a pornographic video and masturbated with the boy five years ago, according to a report issued by the Sandusky County sheriff’s office.

Investigators said Vitte told his wife he was attempting to teach the boy about sex, The Sandusky Register reported.

Vitte claimed a dresser blocked their view of each other as they masturbated, according to the report.

Authorities said he engaged in such activities twice with the boy about five years ago.

Sandusky County Prosecutor Tom Stierwalt decided not to present the case to a grand jury because he said Vitte might have presented an explanation to justify this alleged actions.

“I can’t imagine a situation where that would be appropriate in our culture,” said clinical counselor Marlene Boas. “If he would’ve masturbated in the same room as (a pre-teen girl), do you think he would be prosecuted?”

Vitte fled when O’Connell and social workers attempted to interview him in the sex crime case, and deputies pursued him for about a mile.

“He was purposely fleeing the area to avoid confrontation and or an arrest,” O’Connell wrote in the report, but Vitte was not charged with fleeing law enforcement.

Vitte was charged with domestic violence 10 years ago after spanking his then-girlfriend’s 5-year-old son until his buttocks bled to punish the boy for wetting the bed, deputies said.

The trooper head-butted the child’s mother during an argument over the spanking.

Vitte later pleaded no contest and was convicted on a reduced charge of child endangering, authorities said.

The sheriff’s report on the sex crime investigation indicated that one of Vitte’s children told a social worker that his father had pushed him and shoved him and punched him at least once.

The trooper’s children also said they had seen their father punch holes in walls and doors when he was angry and drag their mother into another room to yell at her.

His wife, his ex-girlfriend and the boy he spanked have all taken out protection orders against Vitte, but those were modified to allow him to continue carrying a firearm as a state trooper.

The Sandusky Register reported that Vitte has been represented in the past by attorney Dean Henry, who has worked with O’Connell for more than a year as a special prosecutor and defense county during the investigation of another case.

Henry is representing Vitte in a domestic violence petition filed by the trooper’s wife, who is apparently seeking full custody of their five children and has requested that Vitte not be permitted access to them.

The deputy said the decision not to charge Vitte was made by the prosecutor, and O’Connell declined to say whether he had interviewed the state trooper in the sex crime case.

O’Connell indicated in his report that Stierwalt had declined to seek charges because too much time had passed since the incidents, although the statute of limitations in Ohio is six years for felonies.

Stierwalt declined to respond the newspaper asking why he had provided a defense for the suspect in a sex crime investigation.

Vitte’s personnel file shows that he’s in good standing as a state trooper, for which he’s paid $83,000 a year.