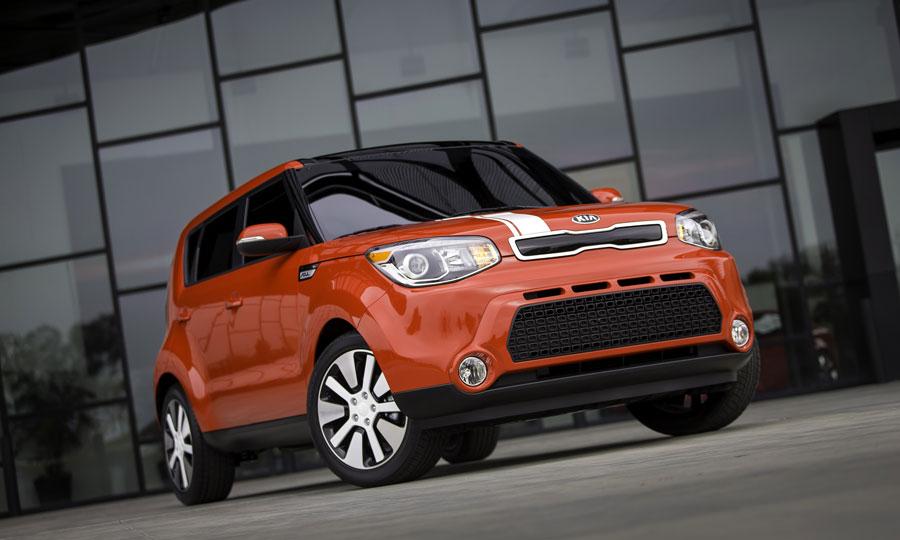 Japan stomped Korea back in the ’30s and ’40s – but the tables are a’ turning. Kia – the sportier half of the Kia-Hyundai juggernaut – is getting bigger and bigger in the rearview all the time. 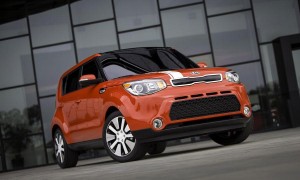 Toyota and Honda’s rearview, that is.

At 9.4 percent, Honda is just barely ahead of rapidly closing Kia-Hyundai . . . and even much-vaunted Toyota, at 14.3 percent, hasn’t got all that much breathing room, either.

Sales of the Kia Soul – already in its second generation – are up double digits. When I reviewed it last fall (see here) I noted that the first generation Soul was only three years old. More succinctly, Kia didn’t allow it to get old. Even judged by today’s whirlwind four-year product cycles and refreshes-before-you-know-it, the ’14 re-bopp came fast and furious.

A heated steering wheel is now available. And a beverage chiller. Panorama sunroof. Eight-inch split-screen/touch screen audio/GPS. In a vehicle that’s hard to lard up to the $30k bar.

Meanwhile, the last two BMWs I tested – both closer to $40k than $30k – lacked heated seats. They cost extra. The $34,000-ish Accord hybrid I had last week? No satellite radio.

Kia has worked hard to address the chief complaint people had about the first-gen Soul – that it had a fairly noisy (and fairly bumpy) ride. Changes to the ’14’s chassis include a bit more wheelbase and a smidgen more width (101.2 inches and 70.9 inches, respectively, vs. 100.4 inches and 70.3 inches before) plus a lot of tweaking and tuning. Sixteen inch wheels are now standard, for instance.

Also new is a three-mode, driver-selectable electric power steering system. Tap a button for Normal, Comfort (a bit more assist and lighter feel) or Sport (firmed up for higher-speed work).

Kia – wisely – did not make the mistake (my opinion) that Scion made back in ’08 when it porked out the xB (the second gen. is a much larger, much heavier vehicle than the original ’04 model) and dramatically changed its styling (the ’08 to current xB looks only vaguely like the original). The new (in ’08) xB lost something – and has never recovered.

The new Soul is everything the old Soul was – just nicer.

Same immediately recognizable cantilevered clamshell roofline and jaunty swagger. Same face – just a bit cleaner (one-piece, larger headlight assemblies) and a bit bolder (wider/taller lower grille, with fog light recesses molded into the grille surround rather than off to either side) and taller tail-light stacks out back. But it’s still obviously a Soul – and so, has not lost its soul.

You can order “mood lighting” that pulses in time with your tunes – and there are twin 12V power points up front, along with a USB port. Heaters for the back seats are available, too (part of the Whole Shabang package).

Told ya it was hip.

And the Next Great Leap Forward?

An electric Soul. It’s on deck for 2015. Not a hybrid. All juice. Preliminary photos show the same distinctive shape – but with the IC car’s grille blocked off. No radiator, no need for airflow.

If it is, it’ll trump the slow-selling Nissan Leaf – which conks out after about 70 miles.

What we’re seeing, in sum, is a replay of the Mad Men 1960s. Only it’s not GM that’s wild and crazy – and wildly successful, eating up everything in its path and smiling all the way.

That would be Kia.