Brian Miner decided to take the law into his own hands and honked his horn repeatedly, prompting the officer to pull over.

In a video posted to YouTube by Miner, the officer undergoes an amazing transformation once he realizes he’s being filmed. 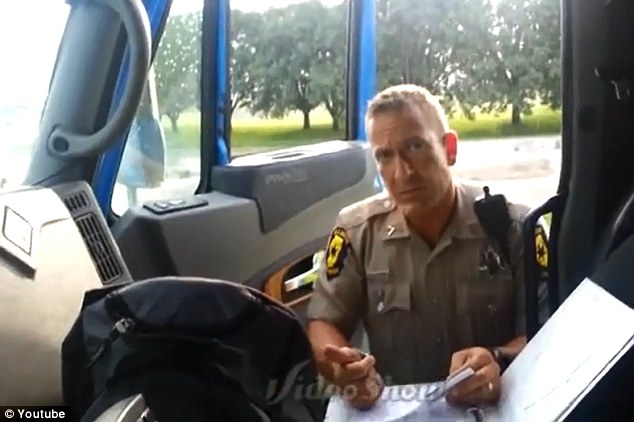 Pulled over: The officer approached Miner’s truck to ask him why he honked his horn at him and forced him to pull over.

None too pleased at being pulled over by Miner, the officer is confrontational and resorts to outright lies when Miner questions him on his actions.

‘You pulled me over with your horn, I don’t know what that was about,’ says the officer.

‘Because you were speeding and had your cellphone in your hand,’ replies Miner.

‘Police officers can actually use technology when we’re driving,’ the officer responds, stretching the truth somewhat.

‘Oh, so you guys are above the law?’ the trucker asks.

The officer asks Miner for his license and the officer questions him on how fast he was driving. 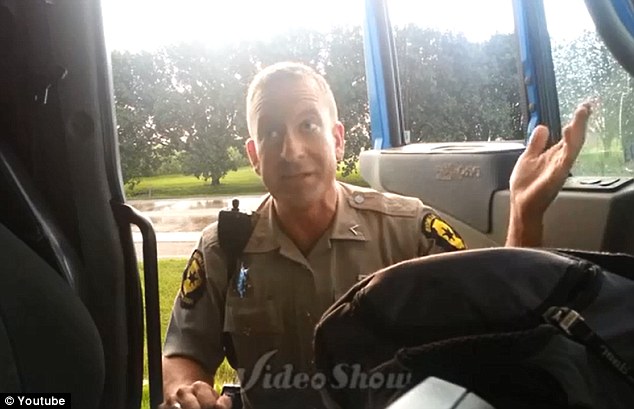 Cop on camera: When he realizes he’s being filmed, the officer retracts a previous statement about police being allowed to use technology while driving and says in fact, he doesn’t remember using his phone at all 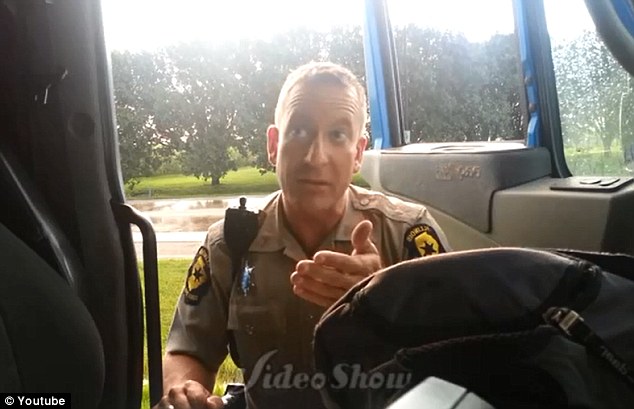 Playing nice: The officer says he won’t write Miner a ticket for unlawful use of horn and tells him to ‘enjoy that violation-free MCS inspection’

The officer tells Miner he’s going to write him a ticket for ‘unlawful use of horn.’

That’s when Miner lets the officer know that he’s being recorded. And strangely, when the officer begins to try and recover the situation.

He claims that he was traveling at 70mph and then tells Miner he’s decided not to write him a ticket.

‘I didn’t want to hurt your record,’ he says.

He then says he’s done an inspection on the trucks and that Miner has no violations, ‘which will look good to your company.’ 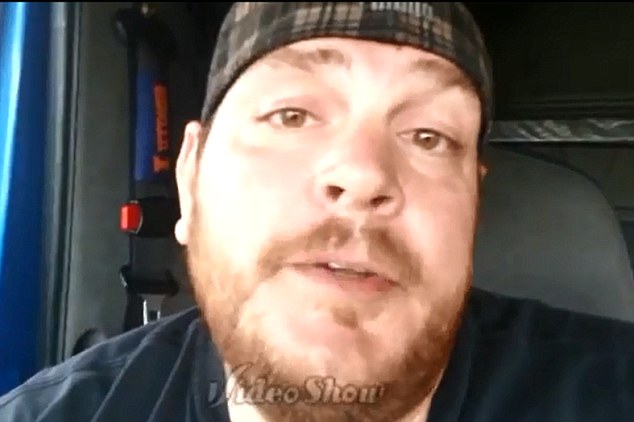 Turning the tables: Miner ends the video by turning the camera on himself and saying, ‘And that’s what happens when they know you’re recording.’

He even offers to put away Miner’s registration papers before speaking to Miner, man to man.

‘Honestly, I wasn’t paying attention to my speed,’ says the officer.

He also now says he doesn’t remember having his phone on him and that it is not OK for him to be on his phone while driving.

‘We’re all out here sharing the same road. You should be held accountable to the same standards I am.’

Miner turns the camera on himself.

‘And that’s what happens when they know you’re recording,’ he says.