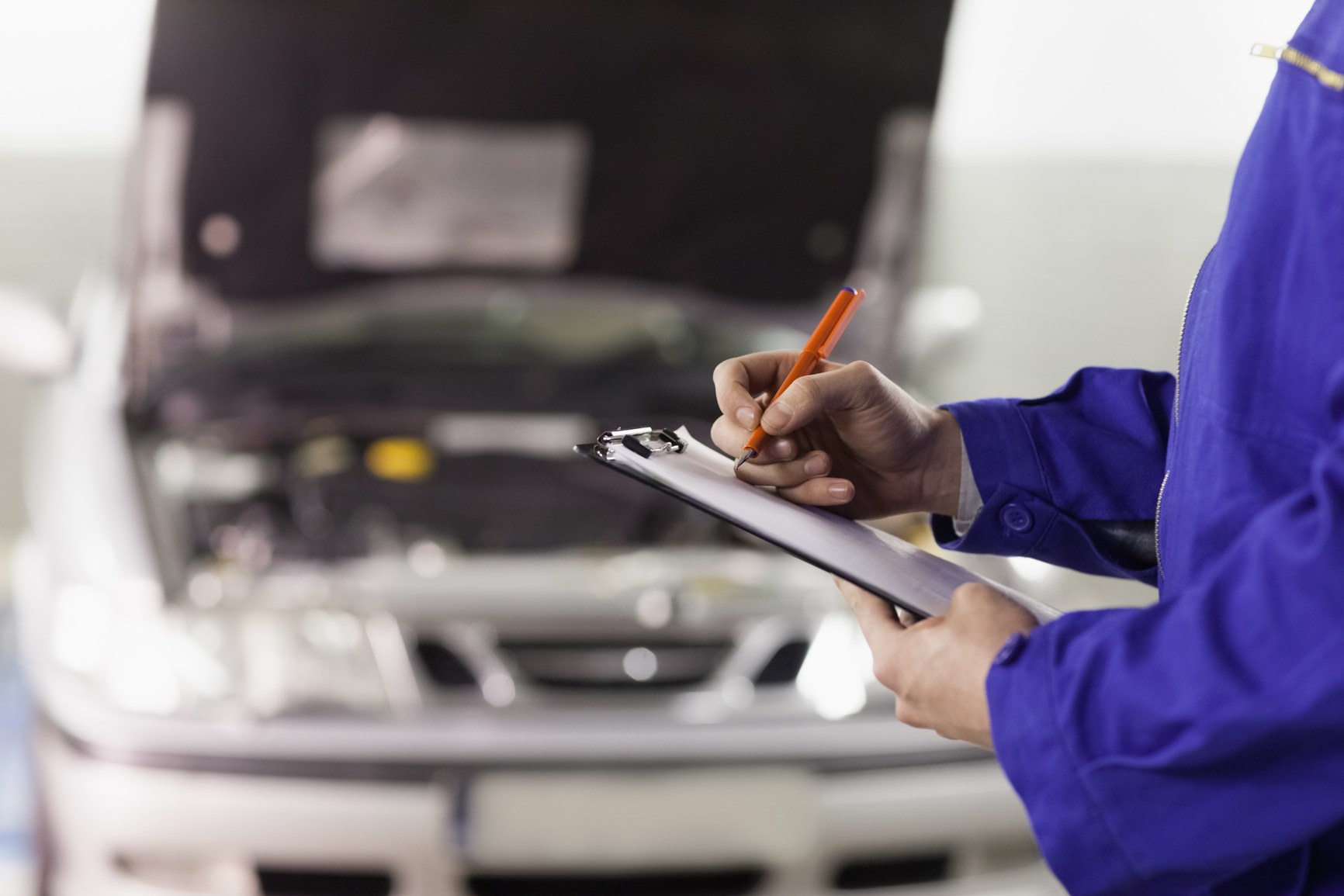 If you grew up in the pre-Interwebs, pre-computer world, you’ll remember how often cars needed This or That. Which is probably why people were more aware of car maintenance in those days. You really didn’t have much choice. Today, it’s easy to neglect maintenance stuff because there’s less to do – and less often. Spark plugs that last 100,000 miles. Oil changes every 10,000 miles. As opposed to spark plugs that lasted 12 months – and oil changes every 3,000 miles.

But cars are still machines and machines still need maintenance. Just not as often – and for different things. Here are some of them:

Spark plugs may be good to go for 100,000 miles (chiefly because modern engines – assuming no mechanical issues – operate at near-ideal air-fuel ratios and so the plugs almost never get fouled before 100,000 miles) but the wires that transfer electric current to them often require replacing – or at least, checking – much sooner. This is because unlike plugs – which are made of sturdy alloys and ceramics – wires are made of materials like rubber (external casing) and graphite (conductive material inside) that are more susceptible to physical damage and degradation over time. Conductivity decreases – and (eventually) your plugs aren’t firing properly, which means your engine isn’t running as well as it could be. Plug wires should be checked for degradation every 30,000-40,000 or so and most will need to be replaced by 50,0000 miles (or after five years from new). If you car has a distributor cap and rotor underneath the cap, these should be checked – and probably, replaced – at about the same time. 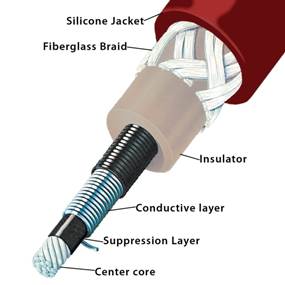 PS: It’s still a good idea to remove and check the plugs before 100,000 miles roll by. Not so much to replace them (probably not necessary) but to make sure you’ll still be able to easily remove them after 100,000 miles roll by. Few things are more miserable than fused-in-the-head threads (or plugs that snap off in half as you try to remove them). By removing and reinstalling (with fresh anti-seize, if the plugs were not factory coated with a compound) at 50k or so, you’ll make that less likely to happen at 100k.

Many people forget to even check the fluid level – let alone replace the fluid when specified. Until the day when a death groan or squeal begins to emanate from under the hood whenever the driver tries to turn the steering wheel left or right. And by then, of course, it’s probably too late. And replacing a dead power steering pump is neither cheap nor easy. On the upside, replacing the fluid is. You hardly need any tools. A clean (ideally, new) turkey baster will do. Plus a quart or so of fresh fluid (be sure to get the right type; sometimes it’s brake fluid or automatic transmission fluid – check your owner’s manual to be sure before you pour). Run the car until it’s warm. Then, with the engine off, remove the fill cap for the power steering reservoir (the cap will often have information about the type of fluid to use – e.g., “use only Dexron III or equivalent”). Use the baster to suck out as much of the old fluid as you can. Then fill to the “full hot” line. Put the cap back on, start the engine and let it run for five minutes or so – then repeat until the fluid in the reservoir looks like the fresh fluid you just poured in. It may take 2-3 rounds with the turkey baster to get all the old fluid out. But it’s easy, inexpensive – and doing this every three years ago could save you having to buy an expensive new power steering pump… and having to pay someone to install it for you. 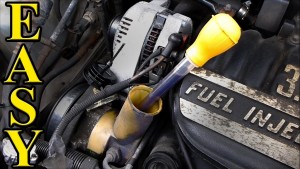 PS: You can do the same basic job – using similar tools – to avoid expensive brake system (and clutch) work. Use the turkey baster (or, if the access is tight/the reservoir opening too small, a syringe obtained from a drug store or doctor/nurse/vet) to suck out the old fluid in your car’s brake master cylinder and clutch master cylinder. This is much easier than bleeding these systems and requires no tools – other than the baster/syringe. Just be careful not to suck out all the fluid – you want to leave the little hole(s) at the bottom submerged, or else air might get into the system and then they will have to be bled. Of course, you won’t get all the fluid this way. But if you suck out/replace most of what’s in the reservoir every six months or so and continuously replace with fresh fluid, over time, you’ll get to the point where most of the fluid in the system is perpetually fresh (you can tell by looking; it’ll be clear-translucent-yellow instead of brown-headed-to-black) which will put the brakes on expensive repair work like having to have the clutch’s slave cylinder replaced or the brake system’s ABS pump or calipers replaced. 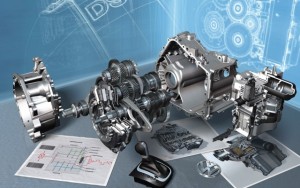 You probably have heard about so-called “automated manuals,” also known as “dual clutch” manuals. These are indeed manual transmissions – with (typically) two clutches – but no clutch pedal and fully automatic operation. They shift smartly – and very efficiently – but unlike traditional automatics, many of which require no formal service at all for up to 100,000 miles, dual-clutch/automated manuals sometimes require surprisingly frequent – and expensive – routine maintenance. For example, VW’s Direct Shift Gearbox (DSG) must have fluid/filter changes every 30,000 miles – and the cost for this service is typically several hundred bucks.

The salesman probably won’t mention this when you’re shopping.

Ironically, the high (and early/often) maintenance costs negate much of the (touted) reason-for-being for these transmissions – their superior fuel efficiency vs. a conventional automatic. But while the cost for this routine service is high enough that you may be tempted to postpone or skip, don’t. Because the cost to replace a dead DSG transmission will make you regret it. These boxes can cost as much as $5,000 each … not including labor to install. 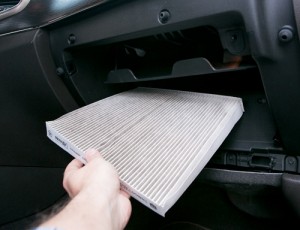 Most cars built during the past decade have these. They do what it sounds like they do – filter outside air on its way inside the car, to keep dust and pollen from coming along for the ride. Like any filter, these filters are not forever. They eventually get clogged and when that happens, filtration falters. Your car’s ventilation system will either bypass the filter (and let dust and pollen flow freely into the car) or you’ll just get less air movement. Neither is good.

Replacing the filter is usually pretty easy. In most cars, there’ll be an access panel located in the vicinity of the front seat passenger footwell area or glovebox. Your owner’s manual should have specific details. You can buy a new filter at any auto parts store, just as you would an oil filter. How often should you replace the filter? The general rule is once every 2-3 years but check your car’s manual for the exact interval for your specific car.