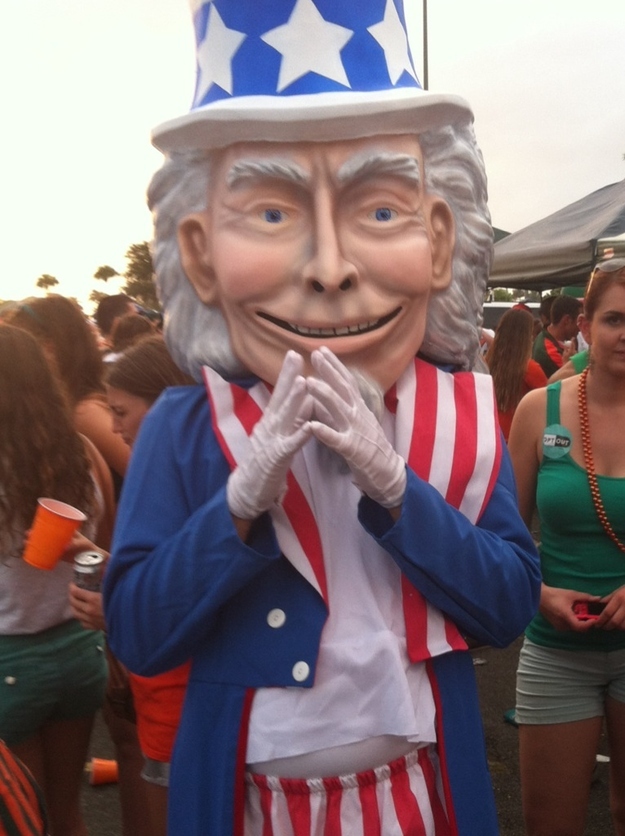 Bashing immigrants is easy. They’re an easy target and – as is usual with easy targets – they’re the wrong target.

The problem at the root of the “immigration crisis” isn’t the immigrants, per se. It’s government’s use of them as foils to divide and conquer. To keep us all squabbling amongst ourselves rather than focusing on the source of our collective misery.

A free market/Libertarian question that ought to be asked is: Why is the government involved in this at all? By what right does the government tell employers whom they may hire? At what rate? Demand “papers” be presented in order to be allowed to do an honest day’s work?

Remember what Seinfeld used to say?

Who are these people?

We’ve allowed Uncle to become the arbiter and micromanager of our lives. To lord it over us as if he owned us. To own something is to be in control of it. Does this not accurately describe our status in relation to the government?

Wasn’t Uncle supposed to be our servant instead? To make sure we refrained from harming one another – but otherwise, to leave us in peace to (cue that old-fashioned saying) pursue happiness?

First, Uncle gulled us – citizens and immigrants alike – with the promise of “free” things. In fact, Uncle only distributed the things he took from some of us to give to others among us. This costs Uncle nothing – but costs us a great deal.

How much is our liberty worth?

Come to think of it, citizens also have to document themselves.

That’s the real game here – and always has been.

It is interesting – revelatory – to note that some of the greatest opponents of leaving citizens and immigrants free to transact business as they see fit and to be Americans are the same enormously wealthy elites who seem to view the country as their own private fief, its population to be controlled by them.

For example, Cordelia Scaife May.

She was a Mellon – as in Carnegie Mellon – and one of the richest women in the country. Her foundations – Laurel and Colcom – have disbursed  tens of millions to various causes, including the Federation for Immigration Reform (FAIR). Which isn’t so much interested in reforming immigration as in ending it.

FAIR was founded in 1979 by John Tanton, who was previously involved with the radical environmentalist (and arguably, anti-people) group Zero Population Growth and the better-known Sierra Club – which also view humanity as a pox on nature. FAIR’s idea of “reform” is a moratorium on immigration, except for refugees and the spouses/minor children of people who are already U.S. Citizens.

Reportedly, FAIR gets half its annual budget from Colcolm.

May – who died in 2005 – “had a few cherished passions… and keeping immigrants out (of the country) was one of them,” according to a July 25, 2013 article in The LA Times. May was tight with the infamous Margaret Sanger, founder of Planned Parenthood – a group that advocated not just eugenics but specifically targeted the black race for “population reduction.” In a 1939 letter to Dr. Clarence J. Gamble of the Birth Control Federation of America, Sanger wrote: “We do not want the word to go out that we want to exterminate the Negro population, and the minister is the man who can straighten that idea out if it ever occurs to any of their more rebellious members.” She and Gamble were planning to enlist black “front men” to “sell” abortion and birth control to the black masses.

May also reportedly gave money to the racist Council of Conservative Citizens, a group that once publicly described black people as “a retrograde species of humanity.”

Apparently, people from Central and South America fall into this category as well.

These people are smeared as “taking” jobs from American citizens. But who is holding a gun to anyone’s head? Americans are free to take any job they like.

The right question to ask is : Why should anyone be denied the right to seek any job they like? How is it “unfair” for Smith to accept the job that “Jones” doesn’t want? To compete with “Smith”? Does “Jones” have a right to the job? That is, to force a prospective employer to hire him rather than “Smith”? If conservatives answer in the affirmative to that question, they have a lot in common with the political left.

Which – through outfits like NumbersUSA, another radical environmental group that seeks to reduce immigration to pre-1965 levels – is likewise peddling an anti-human/control freak agenda disguised as immigration “reform.”

Now, some will argue that  immigrants are straining government services. What they really mean is government entitlements. But – if so – isn’t the real problem the entitlements, not the immigrants? Wouldn’t a conservative (and free market) argument be – reform the welfare state and then immigration “crisis” will take care of itself?