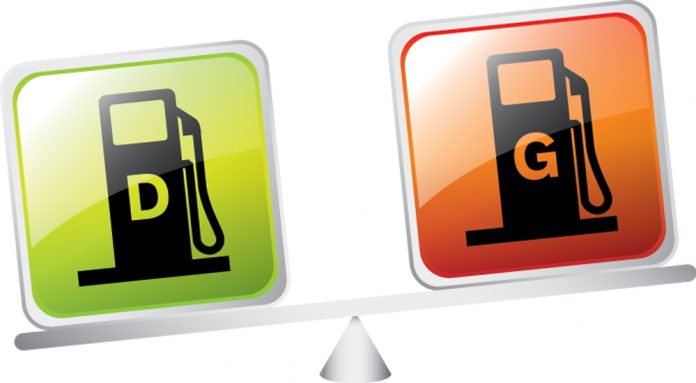 Is it still a good idea – from an economic point-of-view – to buy a diesel-powered car?

The answer’s no longer as clearcut as it used to be, when the answer was an unqualified yes. When diesel engines were simpler, cheaper to operate and more durable than gas engines.

When their mileage was much better – and diesel fuel much cheaper.

Diesel engines had fewer parts; they were (and still are) compression-ignition engines, so no spark plugs to wear out and and tune-ups  were a non-issue because there wasn’t really anything to tune. As long as the injector pump worked, the engine usually ran.

And it ran for a long time. 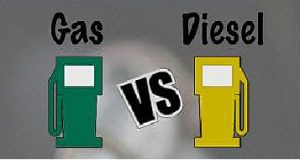 Hundreds of thousands of miles, usually without needing major work during that time. This longevity was a function of both simplicity (fewer parts, less to go wrong over time) and the necessarily stouter design of the diesel engine itself, which had to have a beefy (usually heavy cast iron) block and so on to handle the stresses of very high compression.

And a diesel-powered vehicle used to use a lot less fuel vs. a gas-engined equivalent. Plus (and it was a big plus) you could use almost any type of diesel, including “homebrew” bio-diesel and even waste vegetable oil).

These factors quickly made up for the somewhat (but not hugely) higher up-front costs you paid to buy the diesel engine.

Today, the economics are much iffier.

First, the up-front cost are much higher. This is a function of the additional hardware – mostly emissions-related –  that modern diesels have to have in order to be legal to sell. Diesel-powered cars generally must have urea injection and particulate traps and these add a layer of maintenance and repair costs to diesel ownership, in addition to higher costs up front. If the car has urea injection, one must regularly refill the urea tank – a small but not irrelevant cost and additional hassle.

And modern, EPA fatwa-friendly diesel engines are more rather than less complicated. They are also more finicky about the fuel they’re fed, which (generally) must be low or “ultra low” sulfur diesel, which is more expensive because it now costs more to make it than gasoline. You generally can’t use inexpensive, home-brewed fuel, either. At least, not legally. And probably not without violating the terms and conditions of your warranty coverage.

The mileage isn’t fantastic, either. 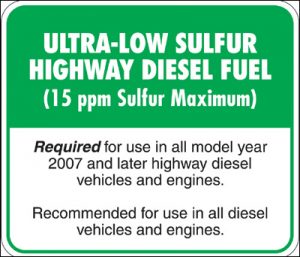 Many new gas-powered small cars (and some mid-sized cars) are capable of almost 40 MPG on the highway; the handful of diesel-powered cars you can currently buy are capable of doing better, but not spectacularly.

If you bought the Chevy over the Mazda, you’d have spent $4,020 to save 2 MPG on fuel in city driving and 9 MPG on the highway. Average it out, it’s about 7 MPG. 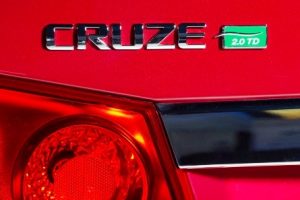 It still doesn’t make much, if any, economic sense to buy the diesel.

And modern diesel engines – more complex, not as maintenance-free – will probably not last as long as their forbears and will almost certainly cost more to keep going over time (see the part above about the urea injection systems and particulate traps).

Meanwhile, gasoline costs less than diesel – which further undermines the economic case for the diesel.

Even the performance case is not what it once was.

Diesels used to have a huge advantage, torque-wise. They made a lot of it – and made it early, low down in the powerband. This gave the vehicle strong performance accelerating from a standstill and also in the mid-ranges; it wasn’t necessary to “floor it” to get a diesel-powered vehicle to move with authority.

But gas engines do that now, too. 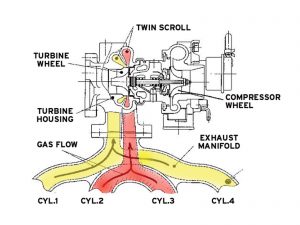 In part, because – like diesels – they tend to be turbocharged. And these turbos are not the peaky (and laggy) turbos of the past. They are twin-scroll and multiple/staged turbos that build boost almost immediately, without lag – and very much like a turbo-diesel. Take a look at the specs of any of several currently available turbo-gas powered cars. They offer big torque (and peak torque) at barely-faster-than-idle RPM speed (in some cases, as low as 1,200 RPM but generally, most of them make their peak torque before 2,000 RPM… just like a turbo-diesel).

And they make horsepower, too.

Many diesels are deficient on that score; they pull hard initially – but generally haven’t got much on tap higher in the power band. They are down-low engines. But modern turbo-gas engines are good down-low and up high.

So, is there any good reason to consider buying a diesel engine?

If you need to pull/tow a heavy load then a diesel is still a good choice. This is why diesel engines are still readily available in pick-ups trucks, especially big ones. Which also have big diesels (such as the Cummins turbo-diesel V8 used in the new Nissan Titan XD) that make superhero torque.

If you like long legs. A diesel-powered Mercedes E-Class ($52,650) isn’t exactly economical, but it can take you almost 900 miles (886.2 to be precise) on a full tank, highway miles. This is a function of the diesel’s being in its element on the highway and also of the large (21.2 gallon) fuel tank the car has.

It’s worth noting that while diesels are almost unavailable in modestly priced cars (VW had to stop selling them, per Uncle’s fatwa – and Chevy had to temporarily/”voluntarily” pull the Cruz diesel until it can be made Uncle-compliant) you can still find diesels under the hoods of high-end (and high-priced) stuff.

Precisely because economic considerations are no longer the main consideration for considering a diesel engine.