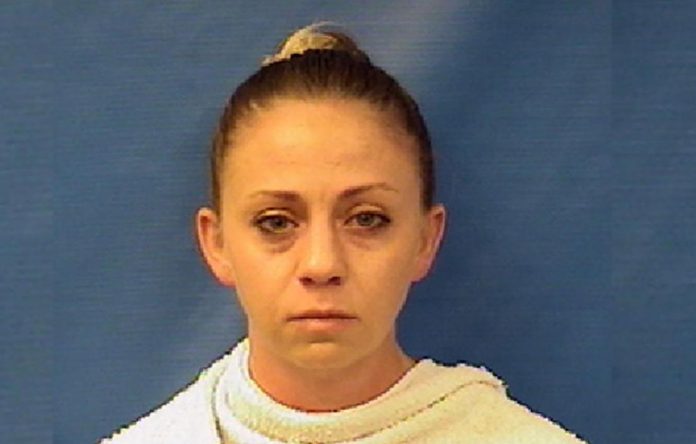 The Dallas, TX armed government worker who murdered a man after breaking into his apartment says the man “failed to obey verbal commands.”

David Armstrong of the Texas Rangers, an agency with statewide jurisdiction that has been called in to investigate the case, said the armed government worker – Amber Guyger – told officials she inserted her key into the door of her neighbor’s home and it opened because it was slightly cracked.

Guyger told officials the apartment was pitch black and she thought a burglar was in her home when she noticed someone moving in the dark, Armstrong wrote in an arrest affidavit released Monday.

Guyger told police that after 26-year-old Botham Jean allegedly ignored her commands, she fired her gun twice, hitting him once in the torso, the affidavit said.

She then called 911 and when she stepped outside the apartment to do so she realized it wasn’t her home.

Jean was transported to a local hospital, where he later died.

Guyger was charged Sunday with manslaughter and has since been released on bond.

“You or I would be arrested if we went to the wrong apartment and blow a hole in a person’s chest, killing them,” Botham’s family attorney, Benjamin Crump, said of the case.

THey’d be more than just arrested. Amd more than just charged with manslaughter. It would be a murder charge – because that’s what this armed government worker committed.

Note the sociopathic insolence of this armed and dangerous mongoloid. A man is in his own apartment; an armed stranger busts in – and he “failed to obey verbal commands.”