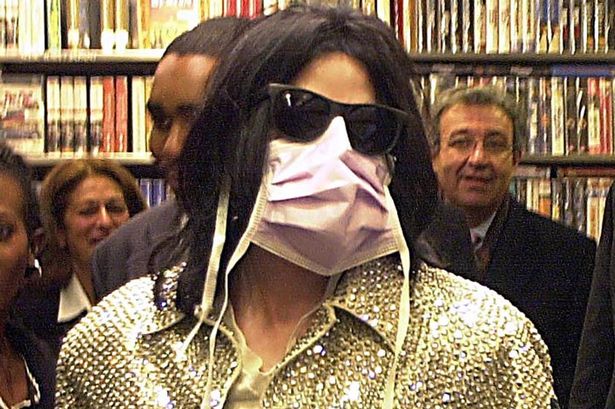 My pre-emptive ear tagging is generating favorable responses – including the entire staff of a business I do business with, who asked for ear tags of their own to wear when they saw me wearing mine! Also from random strangers, including a nurse (and her daughter) I met at the grocery store, who was wearing a mask – but (she told me, in between peals of laughter – and sadness) only because her friends wouldn’t speak to her otherwise.

But she loved the sentiment conveyed by the ear tag and we talked for several minutes about the Sickness Psychosis that is afflicting exponentially more people than the Coronavirus.

In my area, at least half the people you see are mask-wearing – as opposed to the less than one-half of one-percent of the population of my state (and country) who’ve been Corona’d. 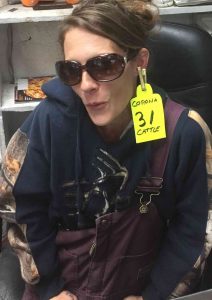 Oh, but that’s because people are wearing masks!

The flaw with that assertion, of course, is that most weren’t – at least in my state – a month ago. Which is ironic, given that now it’s very clear that the bodies aren’t stacking up like cordwood.

The lies dissipate; the fear lingers.

If the masks are the reason for not-dying then exponentially more people should have already died than actually have. They haven’t, but people are more fearful now, evidently, when there’s less reason to be fearful.

But you can’t talk to these people . . . because they are sick. Psychologically sick. Terrified of “risk” which cannot be salved because it cannot be quantified. Who, specifically, is likely to get Corona’d – and by whom, specifically?

There is no answer to this question – hence the need (as they feel it) for everyone to wear a mask, just in case. It doesn’t matter that you aren’t sick; you might be “asymptomatic.” Reasons don’t matter in a panic. 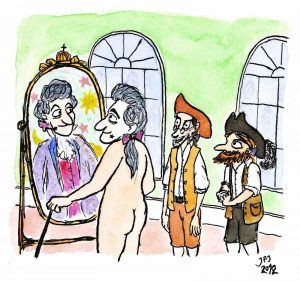 There is no end to this panic, either.

Except by dispelling the fear, which is creating the panic – and normalizing psychosis.

The only way to fix this is to stop pretending that people not right in the head are behaving normally.

This means open defiance and ridicule of mask-wearing edicts and mask-wearers themselves. The latter may seem harsh – and it is harsh. But the feelings of irrational people are much less important than our freedom – and sanity. 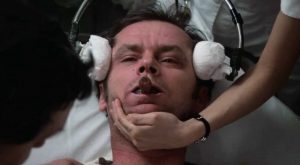 If making them feel uncomfortable or foolish is the only way to cure this spreading pathology, then it is a very small price to pay. It is the only means by which we can prevent the country from becoming a locked-down lunatic asylum in which reasonable behavior becomes the new abnormal. And punishable. 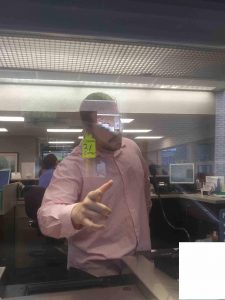 Visiting a grocery store these days is like being inside an asylum. The mask wearing and all the rest of it, including walking in six-foot orbits around others, as if they were made of unshielded plutonium, is fundamentally no different than encountering a store full of people wearing the cockaded hat and sashes of a Napoleonic marshall and demanding to be addressed as ” L’ Emperor.”

Such people would normally be placed in the nuthouse but for some reason, these people are being used as living pressure to create a madhouse in which everyone must shuffle around awaiting their meds – metaphorically and literally.

It is a kind of sick theater. And the puppet masters in the media and government, et al  can almost be heard sniggering in the dark: Is there anything we can’t get them to do? 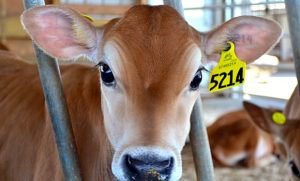 Diaper wearing is probably next. After all, someone might lose control. If it saves even one life!

None of this is a big surprise – or shouldn’t be –  given that these same mask-wearers have already allowed (begged to have) their children’s private parts groped out of fear of “terror.”

Ululating disease is an even more effective trigger word. 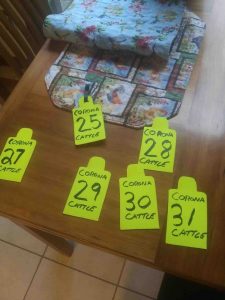 These cattle will not only do anything to avoid the chance they might get sick, they will do anything to you for not doing the same. No matter how unjustified, ineffectual or absurd.

Witness the wearing of ill-fitting handkerchiefs and dust masks to “stop” microscopic pathogens. Maintaining anti-social distance  . . . inside building with closed windows and the air everyone’s breathing being recirculated via the air conditioning.

Of healthy people as much at risk of dying from this Corona as from last year’s Corona (the flu) and all the other Coronas (there are at least 19 of them) wearing masks in public like Michael Jackson, who was considered – rightly – mentally ill for doing so.

Somehow, being like Mike is becoming the new normal – enforceable at gunpoint.

This is pathologically abnormal and for that reason must be identified as such – in the manner of the little kid who pointed out that the Emperor wasn’t wearing any clothes. 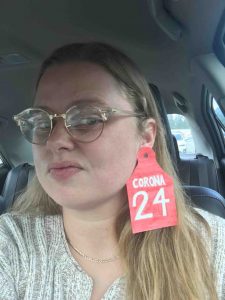 The ear tag serves this purpose.

It publicly calls out the insanity – points out the abnormality and the unacceptability of being pressured to pretend that mass mask wearing is sane – and calls attention to what will happen if this insanity isn’t called out.

Which will be mandatory mask-wearing first, then mandatory vaccinations second – with mandatory proof of vaccination along with it – or rather, carried along by you, everywhere you go.

Might as well put your ear tag on now.

But the cattle are becoming restless! I have already gathered a herd of ear tag-wearers who have had it with being pressured to behave as though death was in the air when it’s just sickness and almost all of it in the head.

If the herd reaches a critical mass, the this disease can be beaten. Not the virus, of course – but rather the pathological fear. Just as you’d probably refuse to salute the “Emperor,” refuse to pretend you’re afraid of Corona; let it be known that you resent those manipulating other people’s fear of Corona.

And most of all, that you’re not going to let the bastards get away with it.

The Inflation They Can’t Hide