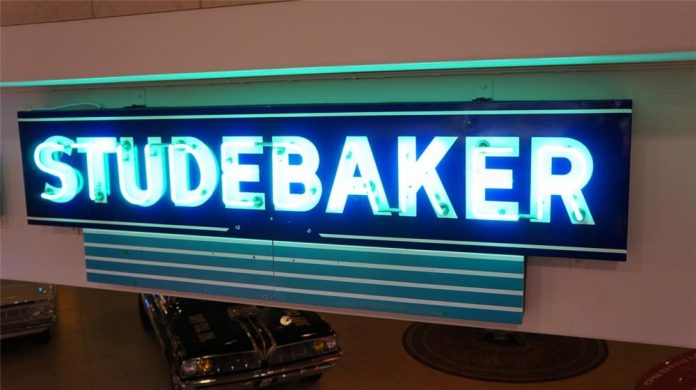 You don’t have to drive to from NY to LA to get a Quarter Pounder with Cheese.

But what if you need a key part for a brand of car that’s no longer sold anywhere?

Such cars are orphaned cars. They no longer have parental – i.e., manufacturer and dealer – support. But that doesn’t mean you shouldn’t adopt one, especially if its “parent” disappeared relatively recently. 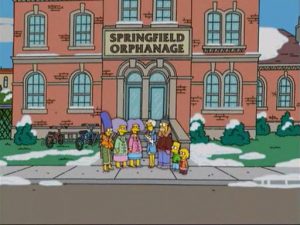 Or it still has an “uncle.”

In either case, getting necessary parts – and service – is usually pretty much the same as getting parts and service for cars that don’t come from broken homes. The main difference is the absence of a dealership with a sign that has the same name as the badge on the orphaned car.

For example, a 2006 Pontiac GTO showed up at my friend’s shop the other day.Pontiac hasn’t been in business since 2009, but GM – Pontiac’s “uncle” – still is. And while both the GTO and Pontiacs generally aren’t being made anymore, GM is still making parts for late-model GTOs, which share almost all of their mechanical parts with cars that GM is still making. You can order these parts at any GM dealer – and any GM dealer can service a Pontiac (or a Saturn or a Hummer or an Oldsmobile) just as well as a Chevy or Buick. 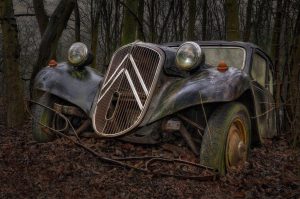 The same goes for a Mercury – which any Ford dealer will have or be able to get most parts for and also be able to service. And Plymouth – at your Chrysler or Dodge store. Where you’ll also be able to get parts and service for your Fiat – or Alfa.  Both of those brands are part of the FiatChrysler (FCA) brand and so support for Fiats and Alfas will still be around even if Fiat and Alfa – the dealerships – no longer are.

These parent companies can also handle warranty-related issues and will help with recalls and so on.

It’s hard to find a genuinely, utterly abandoned car – one with no still-living relatives that can come to the rescue – that isn’t a very old or very unpopular car. And even then, so long as it isn’t also very rare car, it’s usually possible to find critical mechanical parts and once you’ve found those, you don’t have to look far for a dealer. 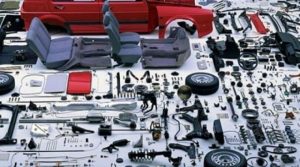 All you need is a mechanic.

Anyone competent to fix cars can fix practically any car – provided he’s got the necessary parts.

My ’76 Pontiac Trans-Am, for instance, isn’t just orphaned by badge – the last Pontiac having been made in 2009. It has been orphaned mechanically since 1978, which was the year Pontiac stopped making new Pontiac V8s* – and that’s 42 years in the rearview. But I can still get things like spark plugs and oil and air filters for my now middle-aged orphan at any NAPA or Advance Auto store – usually right off the shelf and worst case, next day.

If you have a Saab – or a Studebaker – it will be probably be just as easy to keep it running. 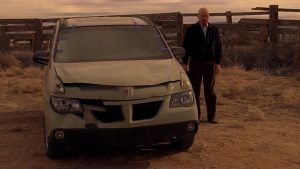 Looking is where difficulties sometimes arise.

Body and trim pieces can be difficult to find, especially if the orphaned car in question wasn’t one that they made a lot of – and for a long time. Or very popular after they stopped making it.

Sometimes, it’s a mix of these things.

In the case of my ’76 Trans Am, finding parts for the engine is easy because its engine is basically the same engine that was installed in millions of Pontiacs over almost two decades – not just Firebirds and not just ’76 models. Even though Pontiac is long gone, the supply of engine parts for old Pontiacs is still abundant. 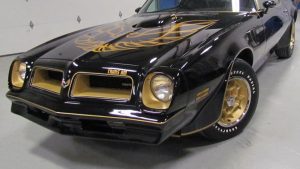 Also things like carburetors and brake parts and suspension bits and pieces – all of them shared with many other GM vehicles over many decades and long after my particular Pontiac wasn’t being made any more.

It would be even tougher to find certain little and even more specific trim parts if my ’76 were a Limited Edition ’76 – the first year for the black and gold paint scheme and the only year for the LE, with unique to that model 50th Anniversary trim, all in gold trim.

Lucky for me, Trans-Ams like mine (including LE Trans-Ams) are popular – and that means aftermarket support. Reproduction parts are available – often better quality than the original stuff – even for one-year-only noses, like my car’s. It is probably easier to find trim parts for my almost 45-year-old Pontiac than it would be for a much newer – but far less popular Pontiac like say an ’04 Aztek. 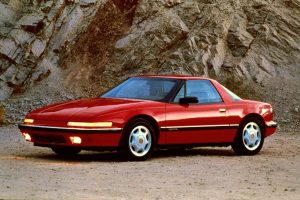 Even so, the Aztek’s engine is a GM engine – the same engine that was put into millions of Chevys and Buicks and so you’ll have no worries keeping that orphaned Aztek running. But it might be harder to keep it looking sharp.

Sometimes, it can be hard to find cosmetic parts for a car that isn’t orphaned but wasn’t popular. For example, the Buick Reatta. Just because the brand is still available doesn’t always mean parts – especially trim (and sometimes, electrical) parts are.

This is the sort of stuff you’ll want to know about before you buy a given orphaned car – or even one that wasn’t. If you do end up buying one that was built for just a few years or just one year – and which no one seems to remember – you might want to buy extra trim and body parts when you have the opportunity and keep them stored away for just-in-case.

You may never need them. But if you do, you’ll be glad you did!

(The * asterisk placed above – after “new Pontiac V8s” – is there because while it is technically true that Pontiac continued to build a V8 – the 267/301 through 1981 – this last Pontiac V8 does not share any interchangeable parts with the Pontiac V8s made from the mid-1950s up to 1978, which was the final year for that branch of the Pontiac engine family tree; Pontiac Freaks will be aware that some of the last-of-the-line 400 V8s were held over and installed in new ’79 Trans-Ams but they were cast in 1978.)