Some will remember the story about a kid trying to justify something he did because all his friends were doing it, too. The kid’s mom asked him whether he’d jump off the Brooklyn Bridge if his friends decided to do that.

It’s too bad not many remember that lesson.

People continue to hide their faces, chiefly because everyone else is doing it. Which they do because a sign told them to do it.

Which is even more stupid.

At my local Kroger, there is only one meek sign near the door; no armed guard – not even a teenaged Diaper Dispenser thrusting one at you as you approach. It’s obvious there’s no enforcement of the signage and yet 99 percent of the people within are Diapered. 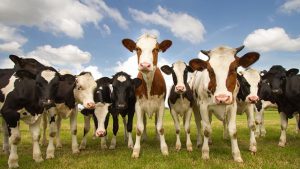 I say this because there is no sign two blocks up the road  from this Kroger at my gym, where 99 percent of the within aren’t hiding their faces.

Is it possible a sign has this much power?

It does when people are conditioned to mindless obedience, as Americans have been for some time now. One sees evidence of this in many places but perhaps the most obvious is in the area of traffic laws.

Most people will obey signs – not matter how stupid they are.

For example, a sign that says you must stop even when you can see there’s no reason to. And perhaps good reason not to.

With regard to the former, a stop sign at a four way intersection where the other three ways are obviously clear of traffic; there isn’t a car in sight. But the driver of the lone car will come to a complete stop – and sometimes even wait a moment – before proceeding. This has nothing to do with “safety” and everything to do with mindless obedience.

The same with regard to the case of a stop sign at the top of a steep hill covered with ice and snow. To stop – to obey the sign – is unsafe, because the car will lose its momentum and not only get stuck but may slide back down the hill.  If there is no other traffic the safe thing to do is ignore the sign and continue moving. But Americanus Servilus will stop. And slide backward.

He won’t make a right on red, either – if there’s a sign that says not to. He will wear a seatbelt and “respect” HOV lanes. He will do as he’s told, in other words – because he was told. Because he sees everyone else doing as they were told. They reinforce each other’s herd instinct.

Isn’t it interesting that the population is now being openly referred to as just that – a herd. It’s demeaningly appropriate for the human cattle who stampeded to do as they’re told.