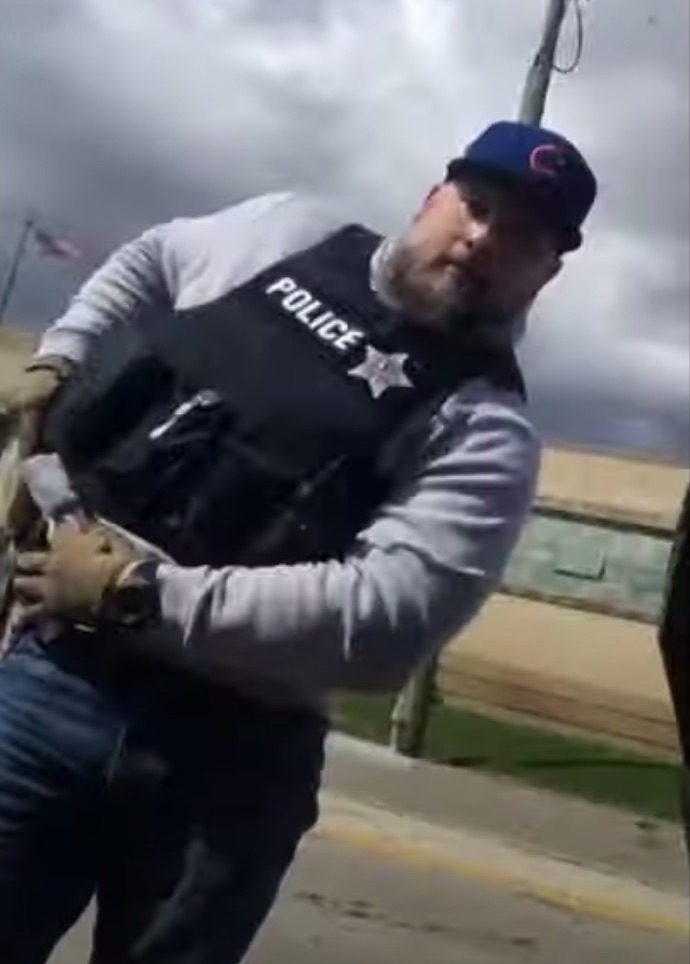 This video just surfaced of a traffic stop in Rockford, IL. It was taken by one of the passengers of a car pulled over for reasons no one can figure out, because the armed government worker who drew his gun on the kid video-recording the incident didn’t arrest anyone in the car or even give the driver a ticket.

He just almost killed them.

The car had pulled over; no attempt was made to “flee” or “resist.” But even this passivity was insufficient to keep the AGW’s gun in its holster. The badged thug orders the backseat passenger – the one taking the video of the incident – to “open the door or I’ll shoot.”

Because not opening the door when ordered to for no apparent reason constitutes a capital offense in Indiana, apparently.

The AGW then demands the kid stop recording. “Put your phone down, brother,” he says. The passenger objects, noting that he has every right to record the stop. The ready-to-kill thug with a badge says: “Do you want to put it down or do you want me to knock it down”?

Which was done. The car was then searched – apparently without probable cause or even the manufactured cause (“I smelled marijuana”).  The driver and passengers were eventually released without further incident – and without (apparently) anything done about the AGW with anger management issues, who can be seen on video pointing a loaded gun at teenagers without any discernible legitimate reason for doing so.

But solely because he can – and is able to get away with it.

None of us could do the same – and get away with it. Any “civilian” – in air quotes to mock the general AGW confusion about their status – who pointed a loaded gun at someone without being able to produce hard evidence that their life was in imminent danger – as opposed to “fearing for their safety” – would be up on felony charges and very likely to end up convicted and doing a stint in prison.

AGWs do the same all the time – and get praised as “heroes” for doing it.