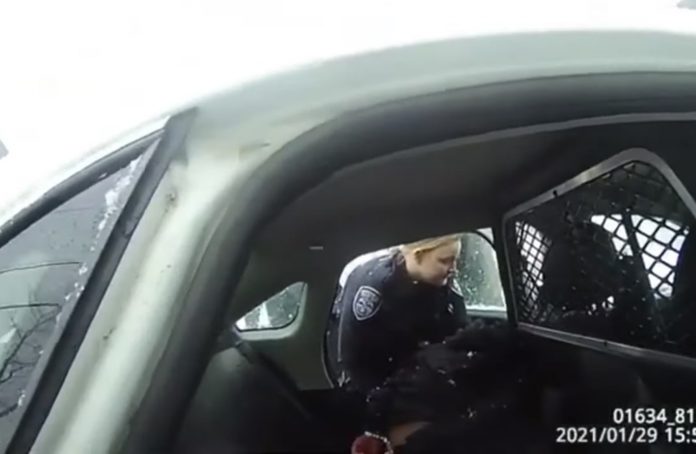 Here’s a video – another video – showing (again) the soul-less barbarism of “law enforcement” in the United States, where submission to authority trumps every other consideration – even when the target is a handcuffed nine-year-old girl already in the back seat of an AGW-mobile.

She failed to respect the authoritah of the AGWs – all six of them.

The AGWs had been summoned, according to news reports, because she was “suicidal” and had “threatened” her mother. Whether she had or hadn’t – or might have acted on the threat – she was in cuffs and in the car when a heroic AGW began to threaten her with mace in the face.

And then carried out the threat – to show the nine-year-old Who is Boss.

These are the AGWs who enforce “mandatory” – i.e., lawless – Face Diaper decrees and who will be the ones kicking in your door when it becomes illegal to question Face Diaper decrees, as is probable now that the man who was selected president is in a position to issue “mandates” of his own.