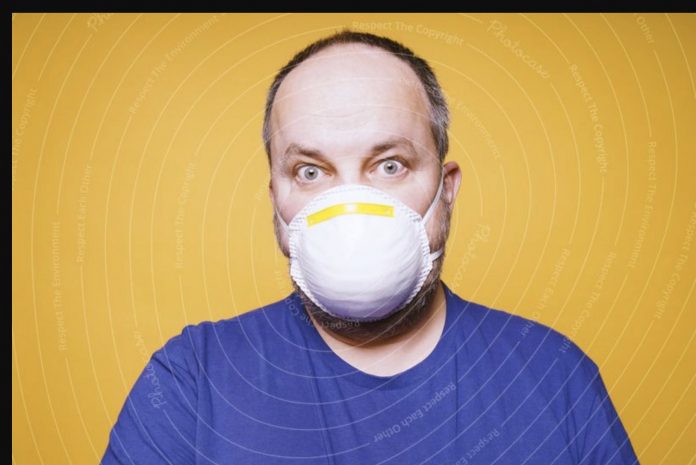 The Undiapered healthy never presented any threat to the Diapered neurotic. You can’t transmit a sickness you haven’t got, after all.

But the now-Undiapered – because “vaccinated” – may prove to be a very real threat to the healthy who want no part of Diapers or “vaccines.”

The first threat may be as phantasmagorical as the “threat” – in the minds of neurotics – of a healthy person showing his face. It is the possibility that the “vaccinated” – placed in air finger quotes to make the point that whatever’s in those needles isn’t a vaccine, as traditionally defined, but rather a symptom suppressor – may have made themselves more susceptible to sickness, in the future. 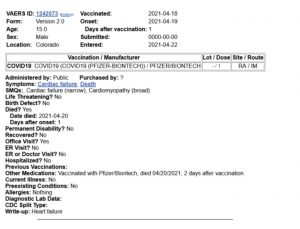 Some are already getting sick despite having been “vaccinated” against this sickness – which ought to raise questions about what’s in those needles, but never mind.

Like the questions that ought to be raised about the thousands of deaths – so far – of people who allowed themselves to be injected with whatever’s in those needles, including several previously healthy teenagers.

Never mind, again. One cannot persuade the faithful with facts.

Such as the fact that people continue to get sick, after being Needled. Bad enough. But what happens if more of them get sick – and dead – in the months ahead? Not from the Needle, per se. But from other sicknesses they have become more vulnerable to, as as consequence of having been Needled?

Because their immune symptoms have been suppressed? This is possible. Certainly, no one knows. Because the “vaccine’s” long-term effects are not known. Because it was rushed to “market” – in finger air quotes for the same reason one ought to do the same with “customer” in relation to the DMV – at warp speed, without the usually required regime of testing – and waiting – to see what happens.

If it happens that lots of people do get sick – and die – because they cannot fend off sickness or because their bodies were made sickly via whatever’s in those needles – then the hysteria will repercolate and double-down upon those who never Diaper and refuse to Needle.

The argument – rather, the hysterical assertion – will be that people weakened by the Needle are now threatened even more seriously by the presence of the Undiapered, who might be carrying a sickness that could kill these manufactured invalids, who may soon have reason to be hysterical. Even if their fears of the healthy are just as unreasonable.

But the healthy – who refuse to Kabuki – will be targeted, regardless. The insistence upon Diapering, social isolation and all the rest of this sick pantomime regime will resurrect and revivify. It will be harsher, as “the cases! the cases!” of the Needled becoming room temperature increase.

There will also be increased pressure for the Uneedled to submit to having whatever’s in those needles shot into their bodies – to ease the fears of the manufactured invalids. To make them feel less like idiots for having allowed themselves to be injected with whatever’s in those needles. As was the “case” with the Diaper Freaks, many will demand that others suffer because they are suffering – even if they suffer because of the choices they made. As sick as it is, there are people like that. More than we’d like to think. They are the same people who cheer when a “tax cheat” is sent to prison – because they’re forced to pay taxes.

Everyone must pay “their” taxes.

It will be hard to shop, to work, to travel – without evidence of having submitted to the Needle. For the sake of the fears – and resentments – of the Needled. Keep in mind how fervid these people were – and in many cases, remain – about pariah-izing the healthy who refused to pretend they were sick and perform the demanded Kabuki.

But there is something else that may be coming.

What if these manufactured invalids can spread their sickness? What if whatever they let be shot into their bodies has modified their bodies in such a way as to make them “asymptomatic” carriers – and spreaders – of something far more dangerous than the ‘Rona, which doesn’t kill 99.8-something of the healthy population?

This may just be wild-eyed “conspiracy” – about which one can read extensively. We won’t know – until we see. By which time, of course, it will be too late.

Even if these manufactured invalids don’t “shed” some new variety of Double-Deadly whatever-it-is, the possibility of massive immune system compromise resulting from the Needle ought to be taken much more seriously – by those who wish to remain healthy – as there is evidence suggesting a relationship.

We know what the reaction will be if tens of thousands of Needled become sick, regardless. Their mental sickness will metastasize. The still-healthy will become the leper class of this society – an irony lost on those who are sick in the head. Perhaps something much worse will happen. Keep in mind the sickness we’ve been dealing with already. It hasn’t been treated.

Its symptoms have merely been suppressed.