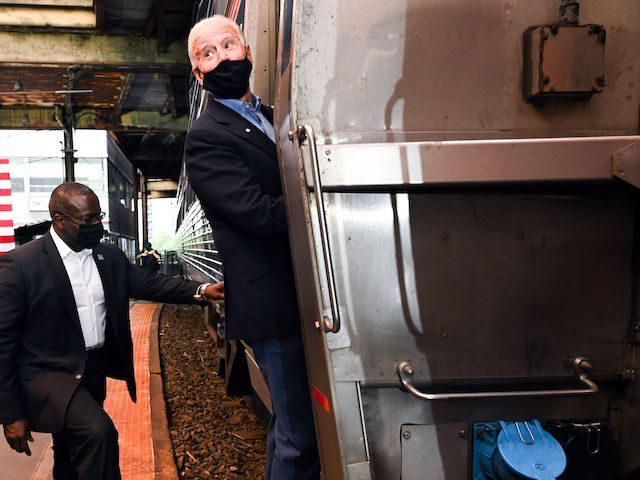 Want to know why used cars cost so much?

It’s because new cars cost too much.

The industry trade magazine Automotive News reports that the number of new cars you can still buy for less than $20,000 is single digits – and falling. That the average price of a new car is now more than twice that, $42,000.

For some context, as recently as five or so years ago, every non-luxury brand had at least one model that started under $20k.

Just wait until the only cars you can buy are $40k electric cars. 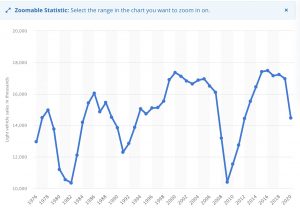 The Seasonally Adjusted Annual Rate (SAAR) for new car sales has collapsed to around 16 million – a number that seems big if you don’t know know what it was.

It had been on track to crest 18 million – but that was when Orange Man Bad and gas prices low. Also, the economy not bad.

Today, it is very bad.

Consider how the price of gas – just gas – has affected what it costs to drive. The average person is now spending close to $50 to fill up the same 15 gallon (average) tank that it cost him about $30 to fill up just ten months ago. For the average driver – who fills up once a week – that’s $100 more per month to drive the same car, about $1,200 per year.

Now consider the cost of food. That $100 buys what $60 bought when Orange Man bad. On just these two fronts alone, the average person is paying several thousand dollars more per year to drive – to live – than he was paying just two years ago. 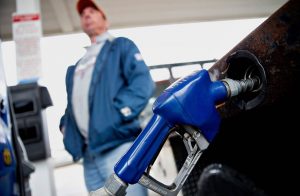 But the cost of cars continues to increase – because the price of government is unrelenting. Old Corn Pop’s promise to “take, literally, millions” of cars off the road is being fulfilled by taking – literally – millions of people out of the showroom.

One of the ways this is being done is by pressuring the car companies to “electrify” – and most are complying, at least partially. Toyota – one of the last major holdouts – yanked the gasoline V6 out of the Sienna minivan in favor of a hybrid drivetrain, which means two drivetrains. One of them is the underpowered (for this size/weight vehicle) four cylinder engine; the other one is the electric motor/battery pack that augments the power of the undersized four. This does increase the 2022 Sienna’s gas mileage, which now averages (city and highway) 36 miles-per-gallon, which is an uptick  over the 2021 V6 Sienna’s 19 city, 26 highway. 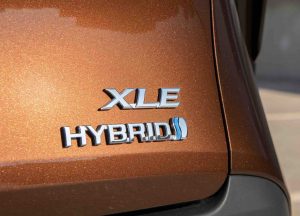 It is much more affordable to buy a used Sienna – even if it doesn’t average 36 MPG.

The mid-sized trucks you can buy (new) are almost as big as full-sized used trucks and less useful, since they all have beds about the same size as those attached to the compact-sized trucks no one sells (new) anymore. They’re also higher-priced. One of the newest new ones is the 2022 Nissan Frontier, which starts at $27,840. It used to be possible to buy a Frontier – when it was a compact-sized truck – for less than $20,000. 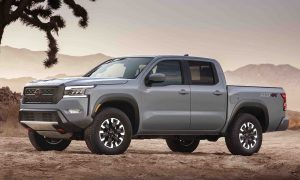 How many people aren’t buying new Frontiers because they can’t afford to?

They are powerful and capable, certainly.

But neither matters much if you can’t make the payments.

If market forces were still operative, the car companies would be looking for ways to reduce the cost of cars (and trucks) as by making them simpler, as by making some (many) of the features that have become standard optional.

Instead, they add more standards – especially electronic ones, most of them features few if any buyers seem to really want but which every buyer is expected to pay for. Huge touchscreens; hybrid drivetrains. Electrified – and electronic – everything.

But that only sells when people can buy.