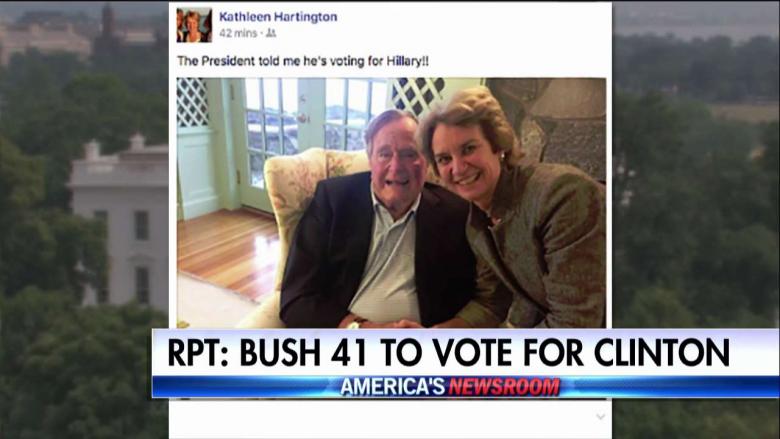 I often tell my Republican friends – the few I still have – that if they are unhappy about Obama, they ought to be very unhappy about the Bushes – without whom President Obama would probably never have happened. It was from the wreckage of eight Bush years that President Obama became inevitable. 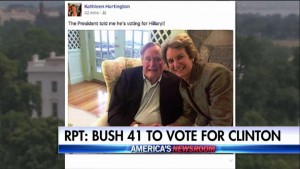 Now the liver-spotted family patriarch – who gave us Bill Clinton – is doing what he can to give us Hillary Clinton.

It makes the victory of Trump a bit more likely.

It is beautiful to watch the American version of the Soviet Politburo attempt to noblesse oblige the imbecile masses (as they regard them) in the “proper” direction.

That is, in Hillary’s direction. Which, of course, is also their direction. They are coming clean – out of necessity.

It reveals their desperation.

The teat is withering; the IV connection to the lifeblood of the populace they prey on is in real danger of drying up for the first time in generations. Visualize a tick on a corpse. 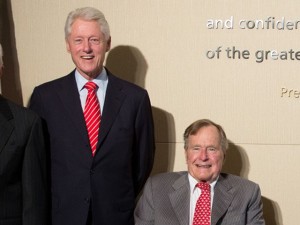 The Bushes and the Clintons see themselves as a kind of elected Politburo – no real disagreement among themselves as they wave robotically from atop Lenin’s tomb.

This is why The Chimp can pal around with Obama – and The Chimp’s sire snuggles up to Hillary.

At all costs, one of them must keep the reigns of power in hand.

Trump is not one of them – which is why is anathema to them.

And it is why – again – supporting him is essential.

If only to give the rheumy, loose-toothed old mummy a few unpleasant moments before he – at last – shuffles off to Buffalo.

But, more seriously, because it may throw a wrench in their machine.

Trump may prove to be – I believe he is – the first man since John Kennedy not owned by them. They are clearly worried about this. Frantic with fear captures it better.

He may not do as they say. He may do something… unpredictable. This quakes the Bushes and the Clintons and the lampreys that cling to the flanks of both. The fact that Trump is taking heavy fire from Team Red and Team Blue (both being the same team) should have every person who’d like to see that team lose stampeding to the ballot box come November.

Like JFK, Trump is rich on his own; he does not need the shabby lucre of the office. A billionaire doesn’t have to worry about being paid-off, post-office, with heavy-sounding (but work-light) seven-figure appointments to corporate boards and six-figure speaking fees.

He doesn’t need their money.

Like JFK – but for different reasons – Trump is also his own man. He doesn’t care what they think. Listen to him speak. Agree or disagree with him, it’s not Tele-Prompter pabulum. It’s authentic. Unscripted. 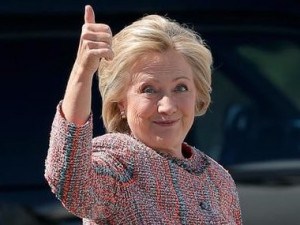 This is unprecedented  – at least at this level.

I’ve read that JFK knew he was very ill (Addison’s disease; not curable at the time) and that he was aware he probably would not live long, Lee Harvey Oswald and co. notwithstanding. He wasn’t afraid to die. He knew he was going to die.

It made him very dangerous.

Trump is dangerous, too.

They do not know what he might do. They fear he’s not going to do what they want him to.

And that drives them to carpet-chewing conniption fits. 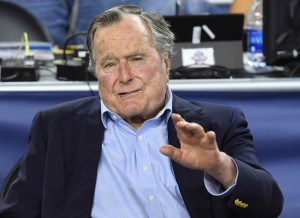 They are united in their loathing of Trump. This is not the usual kabuki theater disagreement. It’s real. They despise him.

Which ought to unite us.

In favor of Trump.

To witness Hillary, hate radiating off her person, choke out a concession speech six weeks from now would be as delicious a moment – almost – as the moment back in ’89 when the Ceaușescues met their moment.

This is not to say a Trump victory will usher in a freer age – though it might. Trump could surprise us.

Hillary will not surprise us – and Libertarians especially ought to consider that. More here.

Regardless, if Trump does win, it would be like pouring salt on a slug as far as the inbred cabal that has run the show at least since JFK’s time.

Isn’t that worth a roll of the dice?

EPautos.com depends on you to keep the wheels turning! The Clovers hate us!