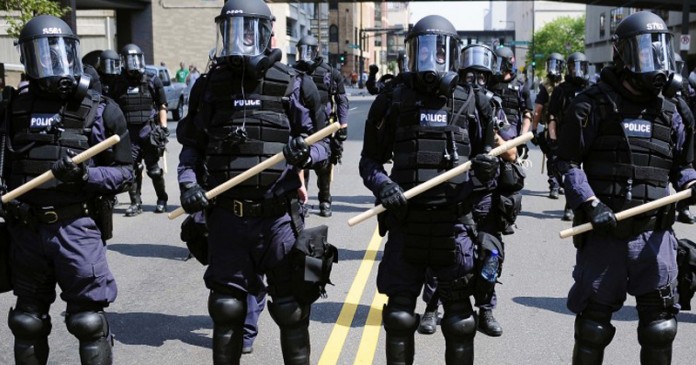 In the video below, a guy is stopped for a “license check” – that is, a random and probable cause-free interrogation and inspection – which by definition is unreasonable and so ought to be unlawful but isn’t any more because of a despicable Supreme Court ruling that effectively rescinded the Fourth Amendment’s protections.

When you are told by an armed government worker you are not being detained and are not under arrest, you are – legally speaking – free to go. 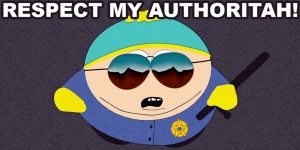 The armed government worker uses the “modified” and “broken” exhaust as the legal pretext to demand the driver’s “papers” (ID, insurance/registration) and then demands the passenger’s “papers” as well. Which – again – he has no legal authority to do.

The armed government worker asks, “Is that your girlfriend?”

“It’s none of your business,” replies the  courageous driver.

The driver correctly (legally) replies: “You don’t.” In other words, it is not the legal obligation of the passenger to disprove she isn’t “wanted.”

Hilariously, the driver then asks the armed government worker whether he “has a warrant.”

The armed government worker does not like being interrogated – the same insolent, prove-to-me-you-are-not-guilty of something techniques applied to him. 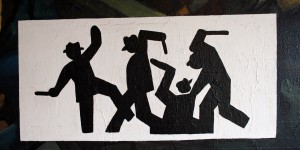 This flummoxes – and annoys – the armed government worker, who smirks and then attempts to get more information out of the driver:

“Did you have any interactions (with other armed government workers) earlier today? Did you already give your license to somebody.”

The driver does not engage and advises the armed government worker that “he doesn’t have to answer that.”

The armed government worker makes another desultory attempt to elicit “cooperation” – that is, to get his victim to provide information under duress that can and will be held against him – but fails magnificently.

Kudos to the driver for knowing the law more than the law enforcer. And for taking a stand for his rights against a thug given legal sanction to threaten and harass innocent people and to make up laws on the spot. 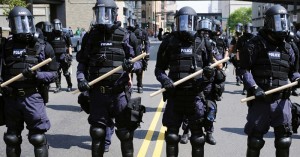 This is the way to go.

Submit – because we don’t have much choice – but do not play their game. Know the law – even if they don’t (or just don’t care). Politely decline to “cooperate” a millimeter farther than the law demands.

Politely decline to answer their questions. Politely refuse to consent to anything you are not obligated by the law to consent to.

Remember who they are – and what their “job” is.

They are not there to “help” you. They are there to “bust” you. By hook or by crook, using whatever tactics they feel like using, the law be damned.

Our only protection is to not help them.

They can – and will – do whatever they like to us.

But we have it in our power to make it a little less easy for them to do it.