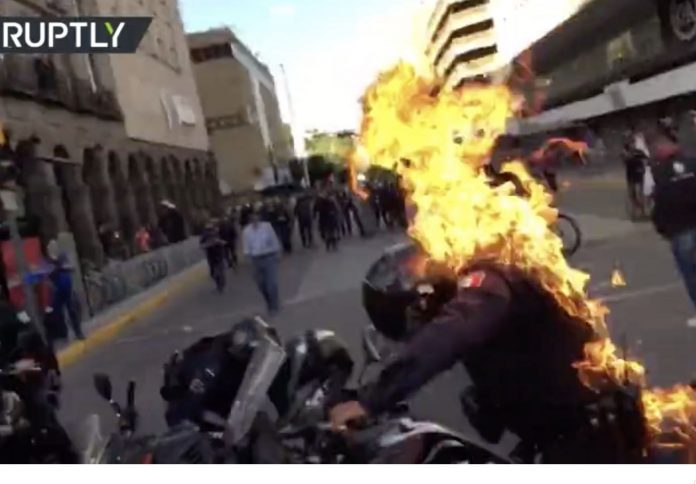 What follows is likely just beginning.

A Mexican armed government worker was set on fire by protestors – not of the George Floyd variety but a more local species, upset over what was reportedly a brutal beat-down of a man by AGWs. The man later died while in their custody.

And this was the result of that:

It’s horrible – but predictable. AGWs are out of control. They aren’t just snuffing black lives, either. They are snuffing everyone’s freedom to live, by enforcing “lockdowns” and Fear Mask wearing – and by not doing a thing to prevent the work of a lifetime from being looted and burned to the ground.

So as sad as this is, it’s nothing surprising. Violence begets violence. Sow the wind – reap the whirlwind.