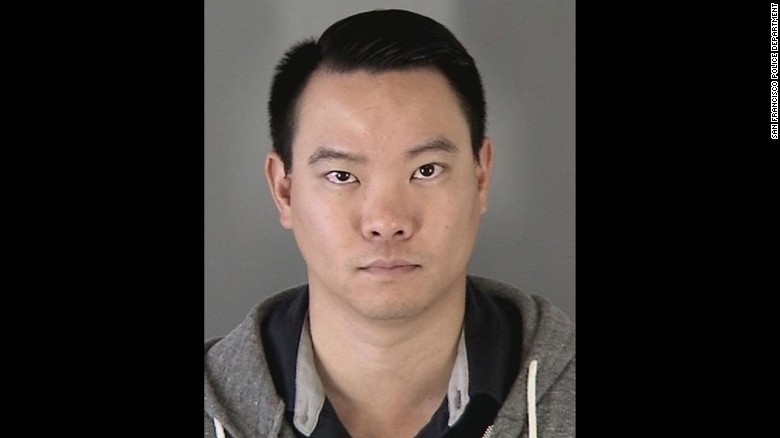 “I hate that beaner,” one text reads, “but I think the nig is worse.”
“Indian ppl are disgusting,” proclaims another.
“Burn down walgreens and kill the bums,” a third message states.
These and numerous other racist and homophobic text messages were allegedly sent by a San Francisco police officer at the center of an ongoing scandal that is the most recent disturbing revelation for the beleaguered SFPD.
CNN obtained a list of dozens of offensive texts sent to and from Officer Jason Lai. The content has not been previously disclosed. The list is not a full history of his texts.
Lai resigned from the department earlier this month, according to a police spokesman.
Don Nobles, Lai’s attorney, said the texts were “not reflective of who he is” and that “there is no evidence he carried out any of those sentiments as an officer.”
“He was well liked and well loved on his beat,” he said of the six-year-veteran.

The texts were seized from Officer Jason Lai’s personal phone. He’s resigned from the department.

Second scandal in as many years

Nobles said the texts were seized from Lai’s personal phone and had been exchanged with some of his closest friends on the police force, as well as with people he had befriended on his beat.
“It’s hard to say any of those things in context,” the lawyer said, “but there is context to it.”
It marks the second time in as many years that the SFPD has been the subject of a racist texting scandal and could undermine Chief Greg Suhr’s assertion that the problem is limited to a relative handful of officers and not part a broader cultural problem within the ranks, as critics contend.
Suhr said Monday that he has no tolerance for biased officers and takes “swift and severe” action when they come to his attention. He said he is working to get the SFPD to “a better place.”
“We work for the community,” Suhr said. “We work for everybody and when somebody demonstrates that they have this reprehensible character trait, we need to cut them from the body.” 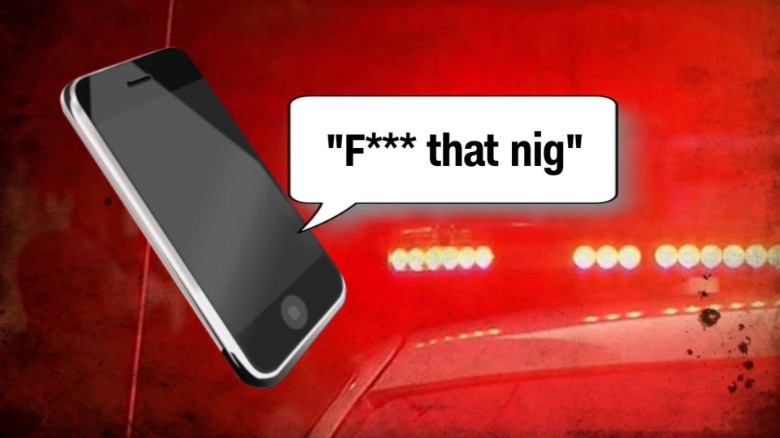 In addition to disparaging blacks, Hispanics and Indians, Lai used coded language to talk about gay officers, according to a source, and made a blanket statement impugning residents of the city’s largely minority and low-income Tenderloin district.
“They’re all drug dealers in the TL,” his text stated.
The officer also referred to a draft of an official incident report as “a story I wrote today.”
The messages, sent in 2014 and 2015, were discovered as part of an SFPD probe into a sexual assault allegation against Lai made by a woman last year. Prosecutors declined to file rape charges in the case, citing insufficient evidence.
Lai has since been charged with multiple misdemeanor counts of illegally accessing DMV computers for a non-official purpose. He is scheduled to be arraigned on May 3rd.
Prosecutors recently turned over the text messages to the San Francisco Public Defender’s office, which is representing a defendant in a case in which Lai was involved. Evidence of biased attitudes could be used to undermine the officer’s credibility and result in cases being dismissed. San Francisco Public Defender Jeff Adachi provided the texts to CNN at the request of reporters.
In the messages, Lai makes a disparaging joke about President Obama and says he hates basketball player LeBron James.
“F— that nig,” he says.
Such language could add to ongoing tension between the police and members of San Francisco’s African American community, some of whom have called for Suhr to resign in the wake of the controversial police killing of a black man armed with a knife last December. The shooting remains under investigation.
Lai, who was identified as Chinese by his attorney, makes several references to “hock gwai,” apparently a misspelled reference to the Cantonese “hak gwai,” a derogatory phrase for African Americans.
In a series of texts sent last June he describes an incident involving a “bunch of hock gwais shooting each other.”
“Sprained my ankle over these barbarians,” he says.
One of the suspects “went to the hospital after he got shot lol,” the officer texted.
“Too bad none of them died,” he added. “One less to worry about.” 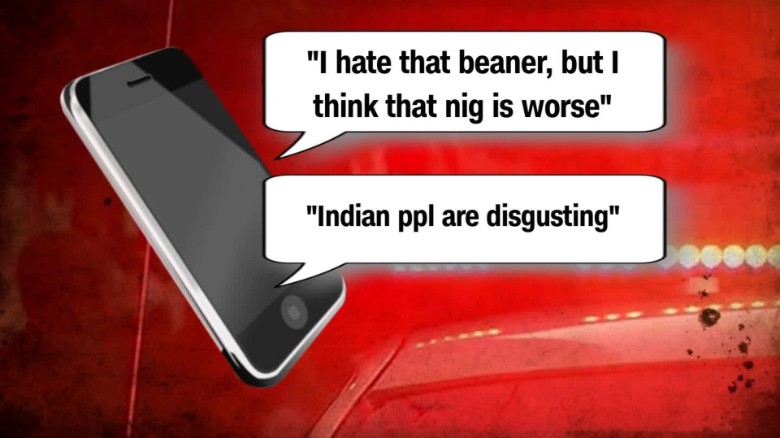 In another exchange referencing African Americans, Lai wrote: “They’re like a pack [of] wild animals on the loose.”

The exchange happened during a night of civil unrest in Baltimore following the death of Freddie Gray. Gray, an African American, died after suffering head and neck injuries in the back of a police van.
Lai used coded language to describe an encounter with a sergeant at the department’s Taraval station.
“Passive aggressive 528,” he wrote, using the numeric code for a fire call. The number is used to describe gay officers as “flames or flaming,” according to the source.
The names of most of the people trading texts with Lai are blacked out or listed as “unknown” in the documents obtained by CNN.
At least two exchanges appear to involve one or more police officers. In one exchange, Lai and a fellow texter discuss running into one another at a police station and dealing with a “528” sergeant. In another, a person texting Lai described being in an “on-duty” accident that occurred in 2015.
“Some dumb Asian chick driving for Uber didn’t look and changed lanes right into my car,” the texter said.
Three of four officers implicated in the texting scandal with Lai are no longer with the department, said Officer Albie Esparza, a police spokesman. A fourth officer is facing disciplinary charges, Esparza said.
“We’re going to be better served without them,” Suhr said.

The texts were made public in support of a motion to put Furminger in jail in advance of his then-impending prison sentence.
They were discovered as part of a federal corruption probe into the officers. Fourteen officers, including a captain, were implicated in sending or receiving such texts. Suhr attempted to fire eight of those officers, but was barred from doing so after a judge determined he waited too long to initiate disciplinary proceedings. The city has appealed the judge’s decision.
Public Defender Adachi, whose office released hotel surveillance footage of Furminger and other officers’ alleged crimes on YouTube, prompting the federal investigation, noted that text messages discovered in that case—and in Lai’s—were discovered by accident.
Adachi said it made him wonder what other SFPD officers are texting about that has not come to light because they’ve yet to be accused of a crime.
“What are the chances of two officers being arrested…and there’s racists texts on [their phones]?” he said. “I don’t know what the odds would be in Vegas.”

Yulanda Williams, an African American sergeant who was singled out by name and called a racial slur in the first texting scandal, said she was “extremely hurt” by what happened.
“It made me wonder what must I do as a black woman to prove that I’m worthy of wearing the same blue uniform” as her fellow officers, she said.
Williams, president of a minority police officers’ association called Officers for Justice, said she was concerned not only for herself.
“I was also concerned that it could hinder our ability to be able to hire officers of color when they see and hear of others being treated that way,” she told CNN in a recent interview.
Without revealing the contents of the texts, San Francisco District Attorney George Gascon announced last last month that a new round of racist and homophobic messages had been discovered as part of the sexual assault probe of Lai.
The first texting scandal prompted a review of some 1,600 cases for evidence of biased policing by the 14 officers implicated, Gascon said. Ultimately, 13 cases were dismissed due to concerns about the officers.