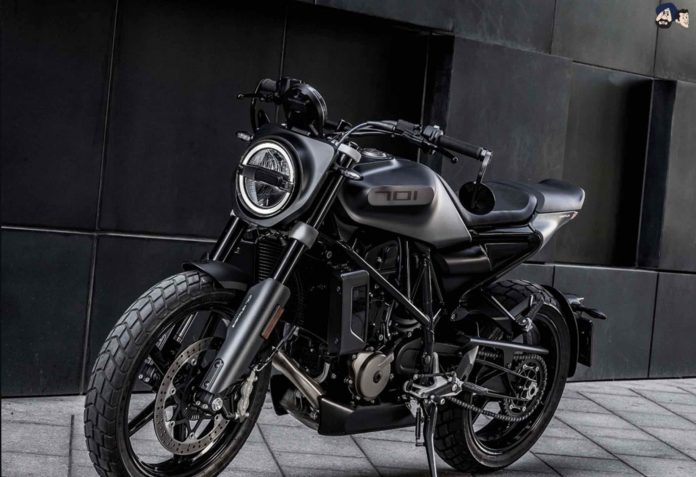 There is a way to get a new vehicle without getting all the new “features” such as an engine that turns itself off every time you stop for a light, brakes that come on when you didn’t apply them and – the very latest feature coming online in new cars – an electronic  seatbelt interlock that keeps the car from moving until you “buckle up.”

Or at least, until you fool the E-nanny, by “buckling up” the seat.

You can avoid all of that by buying  . . . a new motorcycle.

It’s true that bikes are catching up to cars as regards all this nannying but they’re still a good 15-20 years behind where new cars are now. Probably because it’s harder to nanny a rider than a driver, both psychologically and functionally. 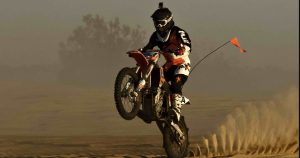 Riders do care about “safety” – certainly. But they’re more interested in riding. And they know that knowing how to ride – their own skill and attentiveness – is the most effective safety “feature” there is.

And it’s not something you buy – or a buzzer that beeps.

Riders have less patience for anything that second-guesses their riding. It probably explains while some new bikes do have things like ABS and traction control, as all new cars have, on a bike there is usually an Off switch for both – something no new cars comes with when it comes to ABS and many do not have when it comes to traction control, which in some makes/models insolently turns itself back on above a certain speed or never turns off entirely. 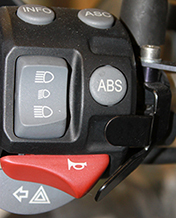 No new bike has an engine that turns itself off – and on – as almost all new car engines do. Probably because riders would never tolerate this and also because even the least fuel-efficient bikes are more fuel-efficient than almost any car. “Saving” 1 MPG – maybe – by constantly cycling the engine off and on seems like a big price to pay (in the form of aggravation, in the form of decreased battery life, in the form of increase cost) in a car that averages 28 MPG. It seems preposterous to afflict a bike that averages 45 MPG in this manner.

More fundamentally, there is no ASS-equipped bike because there is no Corporate Average Fuel Efficiency (CAFE) federal fatwa decreeing how much gas a bike is allowed to use before its manufacturer is punished for it.

For similar reasons, bikes have fewer and less complex emissions controls – because the standards are less severe – having been established when reasonableness rather than punitive-ness was the standard for setting the regs. Bikes have much smaller engines than most cars and burn half the gas the typical car engine does – resulting in half or less the  emissions of gasses than cars. 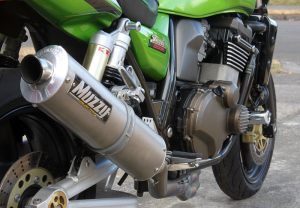 It is why new bikes only got saddled with catalytic converters in the early 2000s – as opposed to the mid-’70s, as was the case with new cars. It is also why no new bikes have direct injection – yet – while probably two-thirds of new cars do have it. Along with the dual fuel pumps and expense of all of that, including the expense of decreased engine longevity due to carbon fouling caused by the direct-injecting.

Many bikes still had carburetors as recently as 10 years ago and a few still do have them. No new car sold in the United States has had a carburetor feeding it fuel since the late 1980s, almost 40 years ago.

No new bike – no bike, ever – has come with seat belts, much less obnoxious buzzers and lights pestering you to buckle them. This being so because a seatbelt on a bike would be unquestionably unsafe (as is sometimes the case in a car). When a bike goes down, it is usually a good idea for the rider to get off – so as to avoid being run over by his own bike and also to possibly avoid running into the car or tree the bike is headed for. Riders learn how to lay down their bike – and let it go its own way. 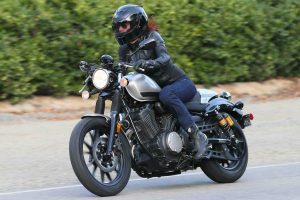 Some bikes – a very few – do have air bags. But unlike all new cars, the air bags that are available as options that can be purchased with a few new bikes are not mandatory. You are still free to say – no thanks – to air bags. If you buy two wheels rather than four (or even three; trikes aren’t required to have air bags yet, either).

New bikes are also less disposable than new cars – precisely because they lack many of the latest features new cars come standard with. They are still much more DIY-serviceable, in part because their workings are more accessible as well as comprehensible. And because their primary control interfaces remain mostly mechanical.

While some have drive-by-wire throttle control, most still use cables for many controls and – in a pinch – a cable could likely be made to work. No new bike has a ten speed electronically controlled automatic transmission. Gears and clutch, as always – and probably good to go for the next 30 years or even longer.

Quicker than a Hellcat Challenger, too – and for 20 percent the cost. And three times the mileage.

Without any of the “features” that otherwise come along for the drive.

Interested in ways to brighten up your bike at night? See here!